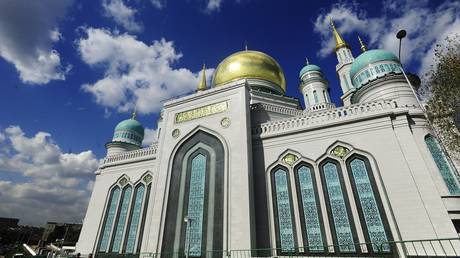 Social media users will be familiar with measures of ‘freedom’ pushed by US state media, based on data from Western researchers, which invariably reflect badly on Russia. It’s time to look at their inherent, often absurd, biases.

Perhaps one of the biggest misnomers in academic life is ‘social science’. Ever since the Age of Enlightenment, scholars have sought to apply the scientific method to social phenomena, to which end they have also sought to quantify everything in sight. In some cases this works, but much of the time social life doesn’t lend itself well to the quantitative method. The choice of what to measure, how you define it, and then how you assess the data you collect, all influence the result, with bias.

This can be seen in the modern tendency to rank countries for freedom, democracy, and happiness. One example is the annual World Happiness Report, which ranks nations according to how ‘happy’ they are. The report bases its ratings on GDP per capita, social support, life expectancy, and other similar criteria. These criteria strongly bias the rankings in favour of rich countries with a liberal social-democratic orientation. Unsurprisingly, Scandinavian nations top the list. For what the report really measures is not happiness, but how like Norway you are.

Similar problems beset the many reports which aim to measure freedom – for instance, the World Index of Moral Freedom, produced in Spain. This ranks countries according to religious freedom, bioethical freedom (e.g. access to abortion and euthanasia), drugs freedom (legalization of cannabis etc.), sexual freedom (e.g. access to pornography and sexual services), and family and gender freedom. This is undoubtedly measuring something, but it is a definite interpretation of freedom, rather than freedom per se.

Perhaps the best-known lists are the those produced by Freedom House in the United States, including its annual Freedom in the World and Freedom of the Press reports. Here the bias reveals itself not so much in the way freedom is defined and measured, but more in the values the reports’ authors choose to assign different countries. Scandinavia again tops both polls. 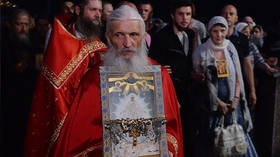 Russia tends to do very badly in these reports. Freedom House, for instance, gives Russia a freedom rating of 20, putting it near the bottom of the world. Freedom House divides the nations of the world into ‘free’, ‘partially free’, and ‘not free’. Russia’s score of 20 puts it among the ‘not free’. One might say that it’s fair not to put Russia in the ‘free’ category, but anyone with even a tiny bit of experience of the country must realize that to deny it even the middling status of ‘partially free’ is absurd.

Freedom House’s lists, in other words, reflect Freedom House’s biases more than any reality. They should be treated with the utmost caution. The same could be said of many other similar products.

An example is the Government Restrictions Index produced by the Pew Research Centre, the latest version of which appeared this month and has been heavily pushed on social media by the American state-run broadcaster RFE/RL – an organisation which rarely misses a chance to show Russia in a bad light.

The index (in which higher marks are bad) measures the restrictions imposed by governments on the free practice of religion and gives the Russian Federation a rating of 8.1 out of 10. This marks Russia out as far and away the most religiously repressive country in Europe. Its closest competitors are Belarus and Bulgaria, with ratings of 6.2 and 5.7, followed by France, Ukraine, Moldova, and Romania (which perhaps suggests that what is really being measured – France excepted – is not so much government repression as orthodoxy.)

Government restrictions on religious beliefs and practices have been rising around the world. pic.twitter.com/x4uy3W33V8

To be fair to Pew, Russia doesn’t deserve a high ranking on issues of religious freedom. Things first took a bad turn back in 1997, when the Russian parliament enacted a Law on Freedom of Conscience and Religious Associations, which imposed a number of restrictions on religious organizations which did not have a long history of continuous activity within Russia. This was particularly targeted at Protestant evangelicals, whose missionary activities were deemed to be a threat to the Russian Orthodox Church.

Since then, things have gotten worse. The treatment of Jehovah’s Witnesses has been especially despicable. Like the Church of Scientology, Jehovah’s Witnesses have been classified as ‘extremists’ and prohibited from operating on Russian soil. This week, police raided buildings in 20 regions of Russia, and arrested several people suspected of illegally practicing the religion. According to the Jehovah’s Witnesses, since 2017 a dozen members have been imprisoned, while others have been placed under house arrest or fined. A further 148 people are under investigation.

In all these cases, there is no evidence that those involved have done anything which might harm others. They have been persecuted solely for what they believe. This continues despite President Vladimir Putin saying that “we must treat all religions equally – that’s a fact. But we also need to consider the country and the society in which we live. That doesn’t mean, however, that we should be counting the representatives of religious communities among the various destructive or even terrorist organizations.”

Russia’s rating of 8.1 in the Pew report makes it the sixth-worst country in the world for religious freedom. Only China, Iran, the Maldives, Malaysia, and Syria score worse. That means that, according to Pew, the Russian government restricts freedom more than its counterparts in countries such as Saudi Arabia (which scored 7.5), Pakistan (6.5), and Afghanistan (6.5).

At this point, we once again run into a problem. In Pakistan there are currently at least 80 people in prison for the crime of blasphemy, of whom at least half have received a life sentence or the death penalty. In Saudi Arabia, the open practice of any religion other than Islam is prohibited, and it is forbidden for Muslims to convert to other faiths. (RT)