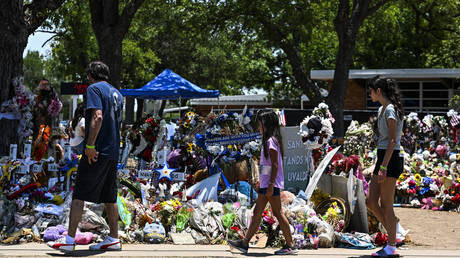 People visit a makeshift memorial to the victims of a shooting at Robb Elementary School in Uvalde, Texas ©  CHANDAN KHANNA / AFP

The number of school shootings in the US this year either has already smashed last year’s record or is on a steady pace to do so, depending on how you count. Education Week’s strict metric (counting only shootings that took place on school grounds or buses while the school was in session or during a school-sponsored event and resulted in at least one gunshot injury or death) puts the number at 40 shootings, with 34 fatalities at the end of October this year, compared to 35 in 2021.

Will it become necessary for American educators to carry a gun to halt a real national epidemic? And what does such a proposal say about the state of the national mind?

In the wake of the Colorado Springs gay club shooting, which left five patrons dead and 19 wounded by gunfire, America’s limited attention span has shifted, once again, to the question of how to protect 330 million people in a country where there are more firearms than souls. Due to the vulnerability of students, safeguarding schools from mass shootings (according to the Gun Violence Archive, a mass shooting is one in which at least four people were killed or injured) has taken center stage in this great debate. 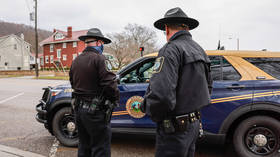 When discussing mass shootings in America, the problem boils down to a simple question of more versus less. Does America need to morph back into the Wild, Wild West to cure the bloodshed, or is the answer less guns and loose legislation? Given that the latter method has already been attempted to no avail, I would argue in favor of allowing – even requiring – teachers to carry guns to save the lives of their students.

The rationale here is brutally, freakishly simple, and the same as the one that was applied to the mutually assured destruction (MAD) principle that kept the peace for 70 years between the United States and Soviet Russia, until George W. Bush withdrew us prematurely: Anyone with half a brain will not think about un-holstering his firearm if he knows that doing so will guarantee his own instantaneous demise.

The sharp-witted reader will now respond that mass murderers do not tend to possess half a brain, but indeed far less, and this therefore leaves us with a false analogy. While I would submit to that argument, it does not greatly change the quasi calculus here. While a mass shooter will have no qualms about pulling the trigger regardless of the threat to his own life, he might think twice knowing that there is an armed teacher at the classroom who can stop him from causing as much mayhem as possible and going out in a perverted blaze of glory. The most important point is that his intended victim will still possess the means (time and space) for saving his life and the life of others. And that may deny the killer from what he is most aiming for, which is eternal notoriety on social media for his wicked act. Watch the video below by Columbia College Chicago for a brilliant take on that idea.

Currently, however, that is not the way things stand in the United States of Anger, where psychopaths are free to roam halls armed to the teeth without any fear of reprisal. That sort of insane impunity must end by the simplest methods of them all, which the Bible hinted at with its ‘eye for an eye’ passage: Arming American schoolteachers as if they were mercenaries in the French Foreign Legion.

The main arguments against this have to do with student-teacher trust (especially relevant for schools where the majority of students are low-income or people of color), feeding an atmosphere of fear and in general making the students uncomfortable. It doesn’t look good for a public school teacher to stroll into a classroom looking like Clint Eastwood in ‘Pale Rider’. But what looks worse, a teacher who looks like a mean-spirited cowboy or a classroom that looks like an epic 15-minute shootout from ‘Scarface’? And what is worse, a distrustful student or a dead one?

A community college professor was quoted by the New York Times saying that “[G]uns have no place in any classroom. What on earth does that do to a learning environment, when kids know their teacher has the ability to kill them?”

The Teacher, one of the most trusted and upstanding individuals in our decaying Western societies (unless we’re talking about California, which we aren’t), is almost never the predator in the classroom. Indeed, he/she/they are typically the hunted, not the hunter. In fact, the absolute majority of school shooters – as was the case in Columbine, Sandy Hook, and Uvalde – were students or former students themselves.

Let’s pause for a moment and imagine how a school shooting would occur if a teacher was locked and loaded and ready to rumble. Assuming that the would-be assailant enters through the front door, which is typically the case, the first victim will be the dozing security guard, regardless of whether he is armed or not. At this point, most of the school will have heard that first shot and will, after the perfunctory screams, barricade themselves into locked rooms (that is, assuming there are locks). While leaping to relative safety from the first and second floor windows may be an option for some, it leaves those on higher floors with zero chance of escape besides praying. Unless, that is, Mr. Harris, the unsuspecting math teacher on campus is armed and very dangerous. In fact, had at least one of these teachers been known to be packing heat, it is highly unlikely that the killer would have considered tempting fate with a shooting spree in the first place. This goes for any other ‘soft target’ locale, like restaurants, theaters, shopping malls and drag queen shows. 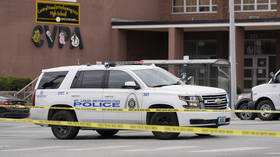 Read more:   Sri Lanka bombings: PM Ranil Wickremesinghe says he was 'out of the loop'

As war guru Sun Tzu probably knew, an armed teacher provides a much-needed second line of defense in the event of a mass shooting, which, despite their frequency, always come as total surprises. In reality, in the majority of cases, the teacher would represent the first and last line of defense against any shooter as most schools, to this day, do not employ armed guards.

Here is how a retired teacher from Florida explained the grim choices now available to (unarmed) teachers, which are exactly none: “Schools have become a soft target of choice for disaffected young men. It’s unacceptable. Teachers should be able to count on, first and foremost, funding for real security officers and security to come to their aid. But the police can arrive too late or wait outside, as happened in Uvalde, Texas. Our schools have become battlefields and teachers need the option to fight back and save the lives of their students and themselves.”

Lurking behind this bravado, however, is a very sad reality, which is that America has come to this point in the first place. The opponents of arming teachers argue that mass shooting should be prevented through concerted efforts by politicians, social services, therapists, law enforcement and a host of other people working with disaffected students and other potential perpetrators. These efforts are desperately needed, but judging by the state of things, this is more of a long-term project than an immediate solution to a problem that needs to have been solved yesterday. How many times have we heard that a school shooter had exhibited dangerous red flags that were never followed up on?

This leaves us with a US where school teachers must spend their free time at the shooting range blowing away at clay rabbits instead of preparing their lessons and checking homework assignments. Ultimately, all of America suffers as a result. It’s not normal by any means. But is there really any other choice? Personally I don’t think so.