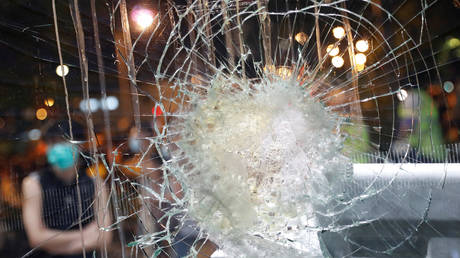 Hong Kong is in for some big trouble. At least, that’s what the Western media has been saying, offering endless predictions of a coming economic crisis in the city wracked by massive protests. But is its future really so dismal?

If one were to Google “Hong Kong” only a year ago, the search engine would return a plethora of results suggesting a vibrant tourist economy, advertisements for first-class flights and luxury getaways on the picturesque Victoria Harbour embankment. Repeating the same search today, however, will return an endless torrent of media coverage predicting imminent economic disaster, confidently linked to the city’s heated protests and an insoluble political dispute with its government.

The end is nigh?

Sparked by a now suspended bill allowing local criminal suspects to be extradited to mainland China, the unrest over the legislation soon transformed into a wider display of discontent with Hong Kong’s Beijing-backed government. The raging protests have been blamed for downturns in the city’s tourism and hotel sectors, while clashes at Hong Kong International Airport were immediately presented by the New York Times as cause for waning confidence in the city’s status as an international financial hub. 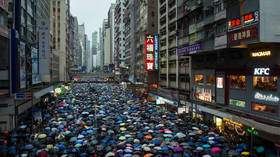 A recent Reuters exclusive added fuel to the fire, reporting that local tycoons have rushed their assets out of the troubled city, but the hit piece did not name a single businessman, nor any of its sources “familiar with such transactions,” and offered only scarce details about the operations themselves. Yet, it still gave rise to a flurry of alarmist news stories, which scrambled to report a huge outflow of capital from the “crisis hit” city.

Some media outlets even deigned to inform Hong Kong’s business sector that it is now time to panic – surely the click hunters know better than the city’s CEOs and company owners.

So, is Hong Kong facing an “existential problem,” and will its political troubles spiral into an economic crisis, as so many in the media suggest? 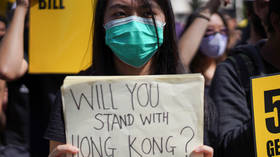 The wave of alarming reports come as Hong Kong’s economy shows rather poor performance – that much is true. The latest figures released by Bloomberg show that the city’s stock market has lost a whopping $622 billion since July 2, with a 12-percent downfall in overall stock market performance over the same period.

Hong Kong’s economy is also unlikely to show any signs of growth this year, according to the forecasts. Figures reflecting the state of specific industries such as retail, tourism or housing are not reassuring either. 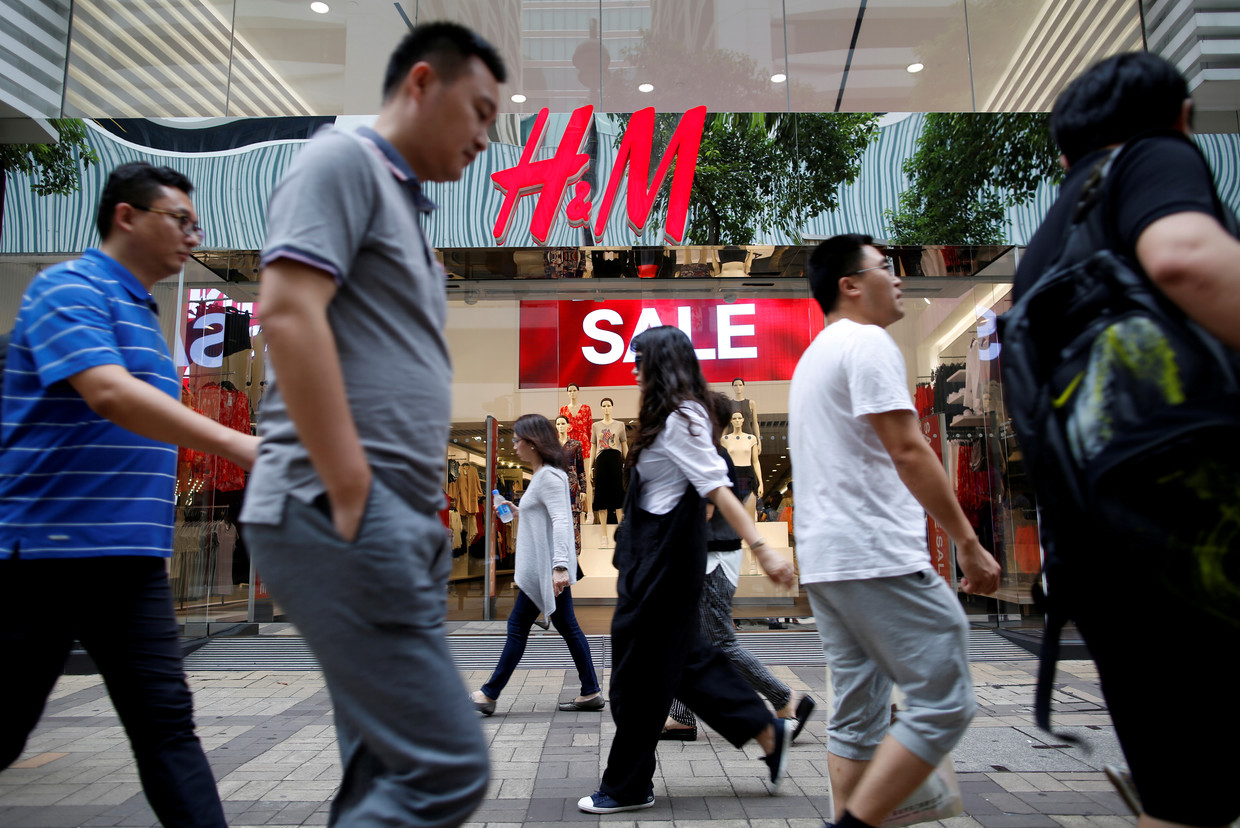 Yet, upon closer look, the overall situation might be not as dramatic as Western media insists. After all, businesses and financial institutions on the ground do not exhibit the same panic as the more pessimistic analysts.

The company operating the city’s stock exchange, Hong Kong Exchanges and Clearing Limited, told RT that its operations remain largely unaffected by the protests flooding the streets – and as Asia’s third largest stock market, few institutions are in a better place to judge.

“Hong Kong remains a very attractive market and Asia’s most important financial hub, and we don’t expect that to change,” the company’s spokesman said, adding that businesses are unlikely to be “that easily scared out” of the city. 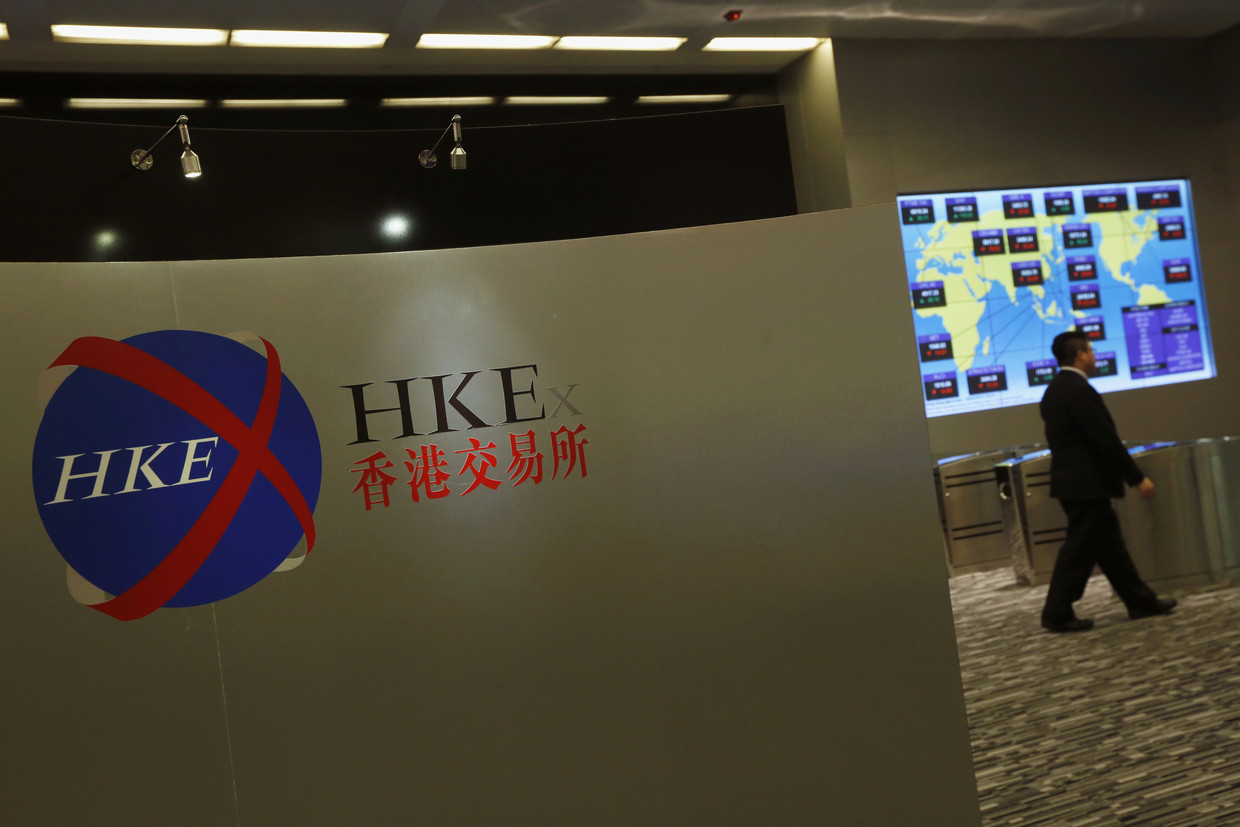 Billy Leung, the director of the Cashoff Asia – an international fintech company which operates a center for strategic business development in Hong Kong – has expressed confidence in the city’s financial and banking sectors. The recent turmoil has not affected any dramatic changes on the financial market, he said, explaining that companies still show great interest in doing business in Hong Kong, and investments in the financial technologies “remain at a steadily high level.” 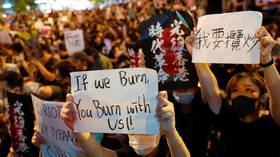 The social earthquake created by the protests has certainly shaken some industries, among them retail and tourism, but that has not been enough to destroy the entire economy, believes Nelson Moura, editor-in-chief of Macau News Agency (MNA) – the first independent English-language news agency in the Chinese specially administered region of Macau. He told RT that Hong Kong has remained a major financial hub in Asia for decades, and is highly unlikely to lose its status after only a few months of unrest.

…the protests have had some impact on investment sentiment, but I believe it is not such a deep impact as some people have made it up to.

In fact, Hong Kong already saw sluggish economic growth well before the protests even began. Over the first six months of 2019, the city’s economy grew by only 1 percent, in stark contrast to an impressive 6.8-percent boost in the previous year.

The poor economic performance preceded the massive protests by months, making the latter an unlikely cause for the city’s financial woes.

Regardless of how independent the city would like to see itself, its economy is now more closely linked to China’s than ever before – more than it would like to admit. The Chinese economy, much like Hong Kong’s, has also seen falling growth as of late. 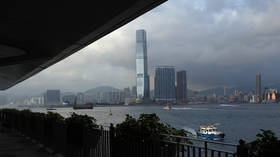 Instead of the demonstrations, it would seem the trade war between China and the US – including Washington’s tariffs – is a more likely culprit behind the city’s tanking markets, despite regular assurances from American officials that they care deeply about the plight of Hong Kongers.

“From what I have assessed so far, Hong Kong’s international sector has been hit, but mainly due to large macro-economic factors such as the US-China trade war,” Moura said.

Anton Pokatovich, a senior analyst at one of Russia’s leading financial service companies – the BCS Group – also believes that the protests have had a marginal effect on Hong Kong’s economy. The “lion’s share” of the economic downturn might have been caused by the trade conflict between Beijing and Washington, he said.

Looking back on Hong Kong’s recent history, one can see that the city is no stranger to massive public protests, with regular demonstrations, strikes and student rallies. For about a year between 2011 and 2012, hundreds of people occupied a square in front of Hong Kong’s major banking corporation, the NSBC.

For several months in 2014, moreover, Hong Kong was slammed with particularly large and heated protests, kicked off by a proposed reform to the city’s electoral system. Thousands of people took to the streets and the rallies quickly descended into clashes with police. Much like today’s reporting, the media at the time breathlessly warned of imminent ruin in the city’s tourism and retail industries, and its economy in general, however those forecasts never materialized.