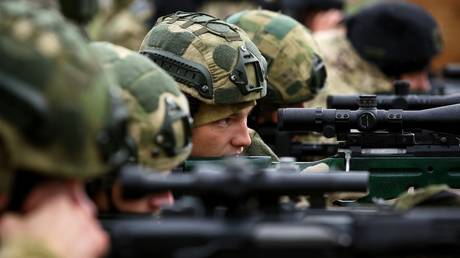 The world is bracing for a potential armed showdown over Ukraine, which all sides say they don’t want to happen FILE PHOTO: Russian snipers take part in a competition. © Rostislav Netisov / Sputnik

Russia and its CSTO ally Belarus have announced joint military exercises in February, which Western pundits claim are part of preparations for an invasion of Ukraine. Meanwhile, Kiev has been receiving new weapons from the UK, this week, with the shipments touted as boosting its ‘self-defense’.

At the same time, EU members are debating what exactly would trigger anti-Russian sanctions that they have pledged to impose in response to an attack. Moscow continues to insist it has no intention to use force against Kiev.

Several rounds of diplomatic talks between Russia and the US and NATO failed, last week, to produce a breakthrough. The Western side rejected Moscow’s demand to stop the military bloc’s expansion in Europe and, in particular, to disavow its 2008 pledge to eventually admit Ukraine and Georgia.
NATO said its open-door policy is essential to its mission. Moscow sees it as a hostile force and its enlargement as compromising Russia’s national security. As a result, the verbal clash over Moscow’s plans vis-a-vis Ukraine is as intense as when it started in November.

What is Russia doing regarding Ukraine?

Moscow stands accused by the West of amassing troops and military equipment in what is seen as preparation for a full-scale invasion of Ukraine. The White House said on Tuesday a Russian attack may happen “at any moment”. 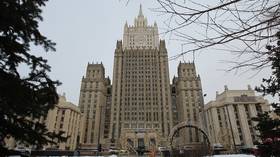 Washington and Kiev also attributed to Russia last week’s cyberattacks, which defaced several Ukrainian government websites. Victoria Nuland, best known as Washington’s ‘midwife’ for the 2014 Maidan in Ukraine, called such actions a “tried and true part of the Russian playbook.” The undersecretary of state said the US had 18 scenarios prepared on how to react to whatever Moscow does.
This week, there were media reports that Russia pulled almost 50 diplomatic staff and family members from its missions in Ukraine in January. Moscow said the story was fed to The New York Times by a source that was not telling the truth, and the newspaper never even asked Russian officials for comment. Kiev itself said it was not aware of any evacuation.

What is Ukraine doing?

Kiev has ramped up military exercises and is trying to enhance its mobilization capacity. Last month, the country’s defense ministry risked public discontent by ordering women of certain professions and ages to register for potential conscription. Ukraine also started training civilians for its so-called ‘Territorial Defense Forces’ under a law that came into force on January 1.
There are claims that Ukraine is preparing its own troops for a possible escalation. This week, a spokesman for the self-proclaimed Donetsk People’s Republic claimed that some 60 armed men without insignias had captured several buildings in a village on the line separating government and rebel forces, in the East. The Ukrainian regions of Donetsk and Lugansk rejected the 2014 overthrow of the government in Kiev and declared their independence. Kiev and its Western allies consider them Russian proxies, but Moscow has not recognised them as states. (RT)