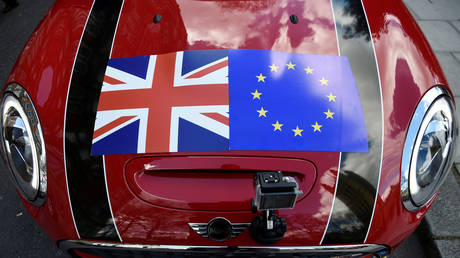 Britain is making it more difficult to reach a basic trade deal by introducing legislation that undermines its withdrawal treaty with the European Union, Irish Foreign Minister Simon Coveney said on Tuesday.

Many EU foreign ministers are starting to think that the British government does not want a deal with the EU, Coveney said. He made the statement after EU ministers were briefed by the bloc’s chief Brexit negotiator Michel Barnier on progress in talks with the UK.

There is a growing sense that perhaps the UK does not want a deal and that it is more about managing the blame game as the negotiations fail.

Coveney told reporters in Brussels that he believes “the prime minister and the UK government do want a deal, even though they are behaving in a strange way to get that done in terms of the legislation coming through.”

London’s Internal Market Bill, which would break agreements that Britain made in the withdrawal treaty, is expected to pass through the lower chamber of parliament next week. (RT)