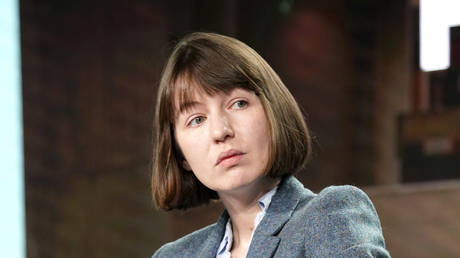 Bestselling BDS-supporting writer Sally Rooney, who was widely accused of ostracizing Hebrew-speakers with her refusal to let an Israeli publisher print her latest book, said she would love to see a Hebrew translation.

“If I can find a way to sell these rights that is compliant with the BDS movement’s institutional boycott guidelines, I will be very pleased and proud to do so,” she said in a statement, referring to the pro-Palestinian Boycott, Divestment and Sanctions (BDS) movement.

full statement from Sally Rooney on choosing to boycott an Israeli publishing house, via her agent: pic.twitter.com/q3CMAG4NKT

Rooney was responding to the wave of outrage that targeted her earlier due to her decision to reject a request by Israeli publisher Modan to translate into Hebrew and release her third novel. The book, ‘Beautiful World, Where Are You’, was released last month and is expected to be an international hit, just like the previous works by the Irish writer.

Many critics claimed that Rooney was against the translation of her book into Hebrew rather than against doing business with an Israeli company. Forward columnist Gitit Levy-Paz said her “choice to exclude a group of readers because of their national identity” was against “the very essence of literature,” and called the decision “dangerous” because of “the rise of antisemitism in recent years, especially in Europe.”

Read more:   Is this the last bottleneck for Nord Stream 2?

The Israeli government considers BDS a national threat and claims that people supporting it are denying Israel’s right to exist. (RT)