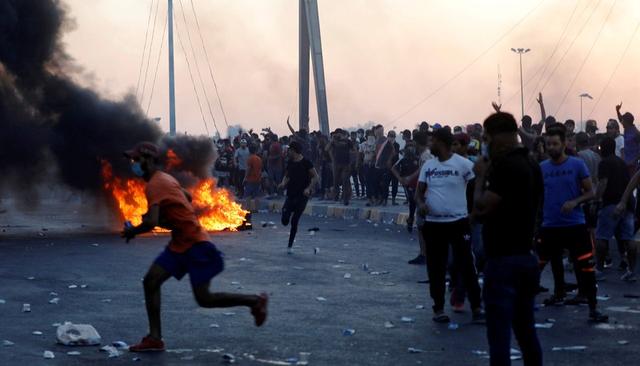 An Iraqi government committee investigating a wave of unrest found that 149 civilians were killed because security forces used excessive force and live fire to quell protests, according to its report, seen by Reuters.

The report, which said more than 70% of the deaths were caused by shots to the head or chest, held senior commanders responsible but stopped short of blaming the prime minister and other top officials, saying there had been no order to shoot.

Protests over high unemployment, poor public services and corruption erupted on Oct. 1, prompting a violent security crackdown. Protesters blame graft and infighting among political leaders for failing to improve their lives even in peacetime, two years after Islamic State was declared defeated in Iraq.

“The committee found that officers and commanders lost control over their forces during the protests (and this) caused chaos,” the panel said in its report. “There were no official orders from the supreme authorities to security forces to open fire toward protesters or use live ammunition at all.”

Prime Minister Adel Abdul Mahdi established the committee to look into the bloodshed, and he has also promised a cabinet reshuffle and reforms including steps to fight graft, and provide government jobs and land to university graduates.

But critics said his gestures were vague and appear unlikely to defuse public anger over rampant corruption. Renewed protests are planned for Friday after an almost three-week hiatus.

The report recommended that the Baghdad operations commander in charge of the response to the unrest and dozens of other senior security officials be dismissed and put on trial.

Its recommendations must be approved by Abdul Mahdi before being referred to prosecutors for possible trials.

The report said 149 civilians and eight members of the security forces were killed in a week of disturbances ending on Oct. 7, and that it found evidence of sniper fire targeting protesters from inside a building in central Baghdad.

“The committee found during its field investigation shells from a sniper rifle inside an abandoned building near a petrol station in central Baghdad,” the report said.

The committee report said other contributing factors in the deadly violence was a failure to impose a curfew or to punish broadcasters for airing false reports on the protests, as well as the use of firebombs by demonstrators.

The violence, Iraq’s worst since an Islamic State insurgency was put down in 2017, has posed the biggest challenge to Abdul Mahdi since he took office a year ago.