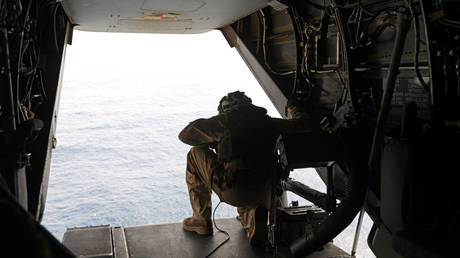 FILE PHOTO: A US Marine looks out of an MV-22 Osprey aircraft near the Strait of Hormuz © Reuters / Ahmed Jadallah

As Saudi Arabia and the United States build support for an international maritime security mission in the Persian Gulf, Iraq has ruled out participating.

In a statement via the state-run Iraqi News Agency on Thursday, the country’s Ministry of Foreign Affairs said that Iraq will not join any force patrolling the Gulf’s waterways, particularly any involving the Jewish state.