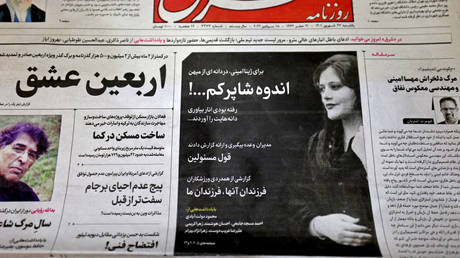 The 22-year-old’s death after an arrest for wearing an “inappropriate” hijab was “unfortunate incident,” says Tehran police chief The front page of the Iranian newspaper Sharq featuring a photograph of Mahsa Amini. © AFP / Atta Kenare

The commander of Greater Tehran Police Hossein Rahimi has denied what he called “coward accusations” that a young woman who died in custody last week had been beaten up or otherwise tortured by officers. The Iranian Kurdish woman’s death was an “unfortunate incident,” the police chief insisted on Monday.

Mahsa Amini was detained by the so-called “morality police” last Tuesday after walking in a park in Tehran wearing a hijab that was deemed “inappropriate.” The headscarf has been compulsory for women in the country since the Islamic Revolution of 1979.

Amini, who arrived to the capital from Iran’s western Kurdistan province, was taken to a police station, where she fell ill. The 22-year-old soon slipped into a coma and was pronounced dead on Friday.

A heart attack was mentioned by the police as a reason for Amini’s death, while local media reported that the she’d suffered from various health complications prior to her detention. But the woman’s family has denied these claims, insisting that she had been perfectly healthy. 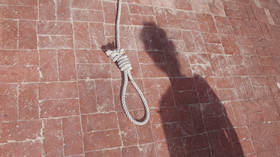 The reports of the incident have led to accusations being leveled on social media, that the police had mistreated Amini and was responsible for her death. The anger also spilled offline, with protests being staged in Tehran and Kurdistan province in recent days.

On Sunday, around 500 people took to the streets in Kurdistan’s main city, Sanandaj. The demonstrators, both male and female, insisted that explanations provided by the police were, as one put it, “not reasonable.”

Tensions ran high, with several arrests being made, according to Fars News Agency, and videos, allegedly from the scene, showing officers using tear gas. (RT)