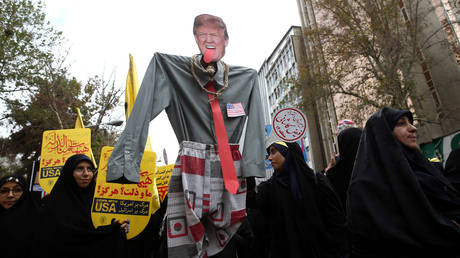 A member of Iran’s parliament has called for placing a bounty on US President Donald Trump’s head in response to a drone strike that killed Tehran’s senior military commander, Qassem Soleimani.

The statement was made by Ahmad Hamzeh, a lawmaker from the southern Kerman Province, whose namesake capital is Soleimani’s hometown.

“On behalf of the people of Kerman Province, we will pay a 3 million dollar award in cash to whoever kills Trump,” Hamzeh said in a speech to fellow lawmakers on Tuesday, as quoted by Iranian news outlets.

Hamzeh also said that Iran would be protected from attacks and threats by the US if it had nuclear weapons, adding that Tehran must consider developing “long-range missiles capable of carrying unconventional warheads.”