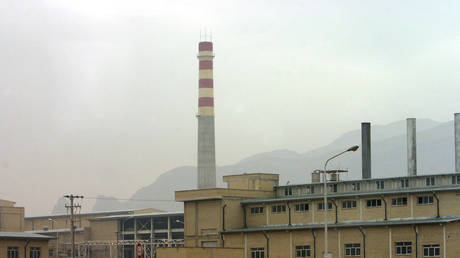 The national parliament of Iran on Tuesday approved a bill demanding the suspension of UN inspections of its nuclear facilities, but the country’s government has opposed the move as “neither necessary nor useful.”

The bill approved by MPs would suspend any further UN inspections, and require the government to “produce and store 120kg per year of uranium enriched to 20 percent” if European signatories to the 2015 nuclear deal fail to provide relief from oil and banking sanctions.

This would run counter to Iran’s commitments under the deal agreed with world powers, and the parliament’s vote prompted the executive to dismiss such a move.

“The government has explicitly announced that it does not agree with [this] plan” and considers it “neither necessary nor useful,” Ministry of Foreign Affairs spokesman Saeed Khatibzadeh told reporters on Tuesday.

But Speaker of Parliament Mohmmad Baqer Ghalibaf explained that the lawmakers were “hopeful to remove sanctions through this stern decision.”

The MPs also argued that they backed the draft bill to achieve the objectives of “martyred” nuclear scientist Mohsen Fakhrizadeh, who was assassinated outside Tehran on Friday in a bomb and gun attack. Tehran has blamed the killing on Israel.

Iran had hoped the nuclear deal would end sanctions in exchange for curbs on its nuclear program. However, President Donald Trump withdrew the US from the agreement, while also reimposing sanctions and aggravating Iran’s economic problems. (RT)