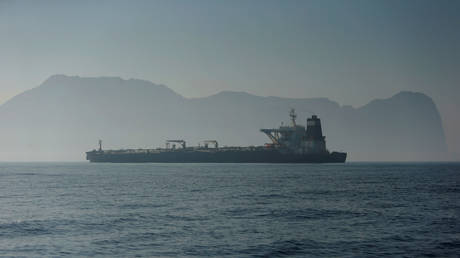 According to a recent estimate from TankerTracker, oil exports from Iran hit a year and a half high in August despite heavy sanctions from the US.

Iran is estimated to have exported nearly 1.5 million barrels per day (bpd) of crude oil and condensate so far in September, TankerTrackers told Reuters, in what would be the highest level of Iranian exports in a year and a half and double the observed exports in August.

Two other tanker-tracking firms have also seen an increase in Iranian oil exports so far in September, although not as much as TankerTrackers.com has found, according to Reuters.

Also on rt.com Iran’s currency crashes to new record low amid flaring tensions with US

Since the US imposed sanctions on Iran’s oil industry and exports in May 2018, the Islamic Republic has been using various tactics to ship crude abroad without being detected, including by tankers switching off transponders or documents stating the oil does not originate from Iran.

Iran’s Oil Minister Bijan Zanganeh said earlier this week that “America has waged a war against Iran with no blood,” referring to the sanctions on Iran’s oil. (RT)