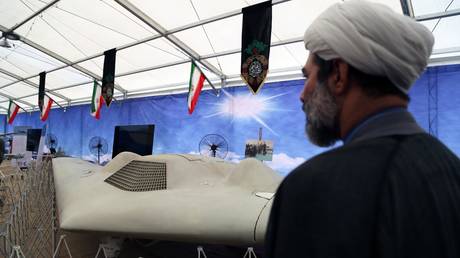 A collection of foreign –primarily US– drones has been put on display in Tehran. The exhibition comes amid extreme tensions in the region and mounting allegations of Iranian involvement in the drone attack on Saudi oil facilities.

The exhibition was inaugurated by high-ranking military and government officials on Saturday. Those included Major General Hossein Salami, the chief of the elite Islamic Revolutionary Guard Corps (IRGC), which the US has recently designated as a terrorist group.

Salami warned that any nation that attacks Iran will promptly become the “main battlefield” for such a conflict, adding that Tehran is ready to fight “until the full destruction of any aggressor.” The large exhibition of foreign unmanned aerial vehicles (UAVs) was apparently meant to further reinforce his threats.

The debris of a heavy US surveillance drone, an RQ-4 Global Hawk downed in June, was arguably the centerpiece of the display. The Iranians have actually identified the machine as an advanced variant of the UAV MQ-4C Triton, although the US insists it was merely a prototype version of an RQ-4A drone, constructed during development of the Triton. 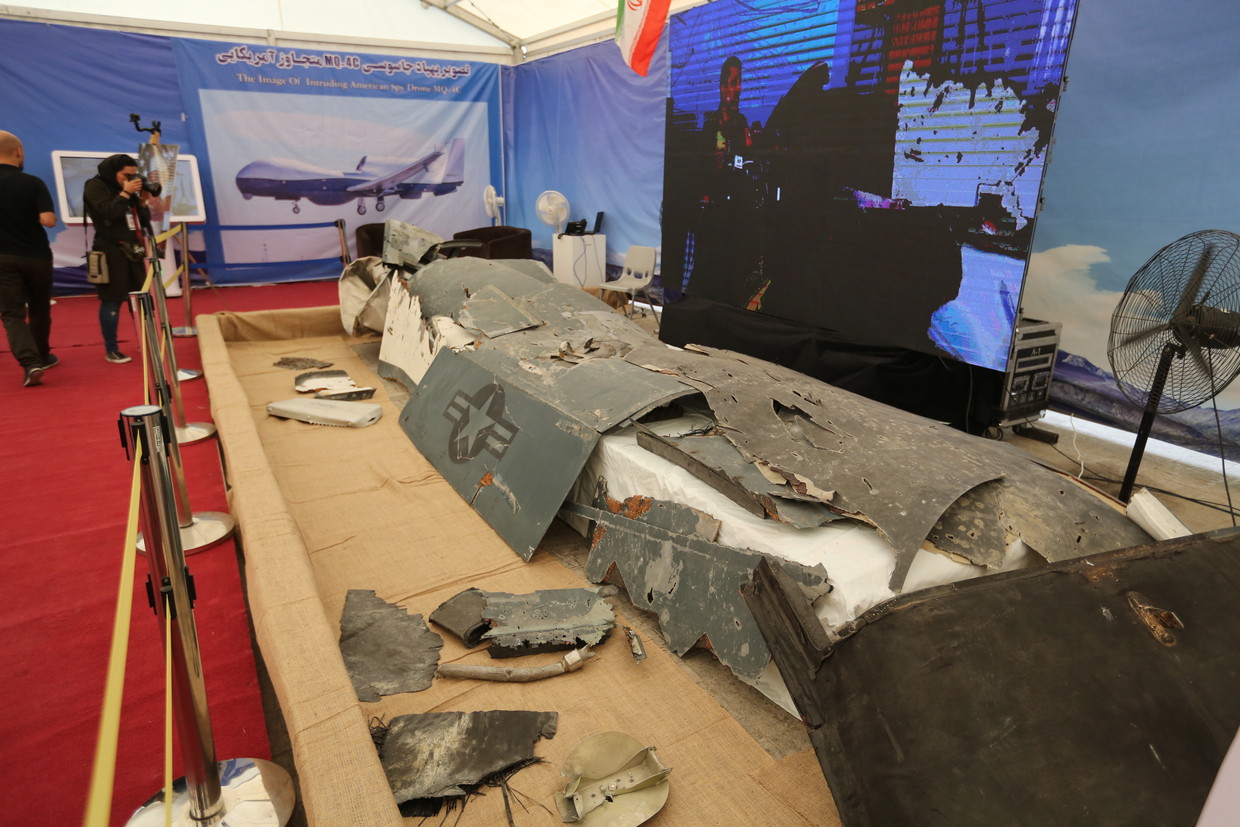 The wreckage of a what Iran presented as a US drone MQ-4C is seen on display. © AFP / Atta Kenare

Aside from the wreck of the drone, Iran displayed the anti-aircraft system that brought it down, as well as the type of missiles used during the interception. The machine, a Khordad-3 missile launcher, is sporting a kill mark for the downed American UAV.

Sevom(3rd) Khordad Air Defense System which succeeded in shot down the MQ-4C #Triton in the #StraitofHormuz on June 20, was exhibited on the occasion of Holy Defense Week in #Tehran. pic.twitter.com/BgkZV8mxjA

Another major exhibit is the US RQ-170 Sentinel that Iran managed to capture intact back in 2011. The machine is said to have been intercepted and safely landed by an Iranian electronic warfare unit.

#Iran
More images:#US RQ-170 and the wreckages of US MQ-4C #Triton
/2 pic.twitter.com/UEsh5fqOmE

Another downed UAV appears to be a variant of an MQ-1 Predator, which also seems to be intact. The capture of a drone of that type was reported back in 2016, yet the exact circumstances of how the machine fell into Iranian hands remain unclear.

#Iran
This morning, for the first time, #IRGC unveiled a collection of captured drones in an exhibition in #Tehran.
Images: US MQ-1, Israeli Hermes, US RQ-7, ScanEagle
/1 pic.twitter.com/ttEYjDeTyb

A handful of smaller UAVs was shown to the public as well. The machines appear to be an Israeli Hermes drone, a US RQ-7 Shadow, ScanEagle as well as several other light surveillance vehicles. (RT)