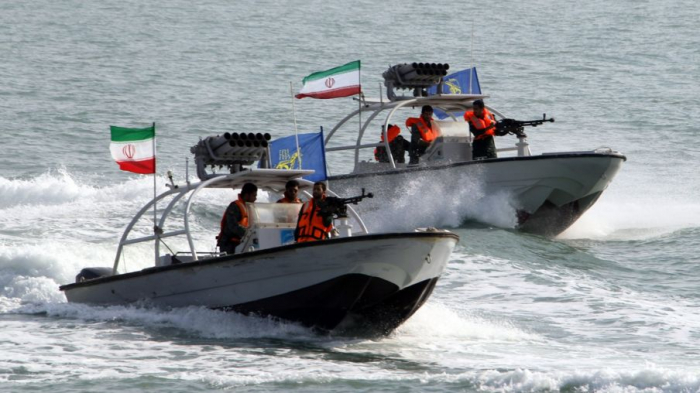 Iran says it seized a “foreign tanker” and its 12 crew on Sunday for smuggling fuel in the Gulf.

State television quoted Iran’s Revolutionary Guards as saying the ship had been smuggling one million litres (220,000 gallons) of fuel.

It is not yet confirmed if it is the UAE-based Riah tanker that stopped transmitting its position as it sailed through the Strait of Hormuz on Sunday.

Iran said earlier this week it had come to the aid of a broken down tanker.

Without naming the Riah, it said had towed the foreign tanker into Iranian waters for repairs after “receiving a request for assistance” on Sunday.

Tensions have been high in the Gulf since the US tightened the sanctions that it reimposed on Iran’s oil sector after unilaterally withdrawing from a landmark 2015 nuclear deal.

The US has blamed Iran for two separate sets attacks on oil tankers in the Gulf of Oman in May and June – an allegation it has denied.

Iran also shot down a US surveillance drone over the Strait of Hormuz in disputed circumstances.

UK warships have meanwhile been shadowing British oil tankers in the area since Iran threatened to seize one in response to the impounding of an Iranian tanker off Gibraltar.

The UK said the tanker was suspected of breaching EU sanctions on Syria. Iran denied it was en route there.

Iranian MP offers $3 million to ‘anyone’ who takes out Trump

Iran MP offers $3 mn ‘to anyone who kills Trump’: report

TAP updates on progress in construction

The Trans Adriatic Pipeline (TAP) project, which envisages transportation of Azerbaijani gas to Europe, is…

Iran has requested equipment it says it needs from U.S. and French authorities to download…

The United States, as a co-chair country of the OSCE Minsk Group, remains strongly committed…