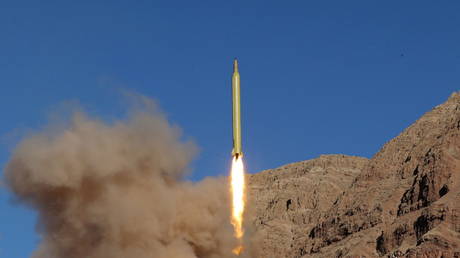 A ballistic missile is launched and tested in an undisclosed location in Iran, 2016 © Reuters / Mahmood Hosseini

Iran says it will “resolutely continue” its ballistic missile program. Tehran claims the program does not violate the deal it signed with Western powers in 2015, and accuses the West of selectively interpreting a UN resolution.

Detailed, legal rebuttal of the E3 letter to the UN by Iran’s Ambassador and Permanent Representative: pic.twitter.com/HWGerKDWhH

The letter was drafted after British, French and German ambassadors sent a letter of their own to Guterres on Wednesday, claiming that social media footage captured this year showed that Iran’s new Shehab-3 ballistic missile is capable of carrying a nuclear payload. The Western representatives also cited an International Atomic Energy Agency warning that Iran was researching such a payload for the Shebab-3. (RT)