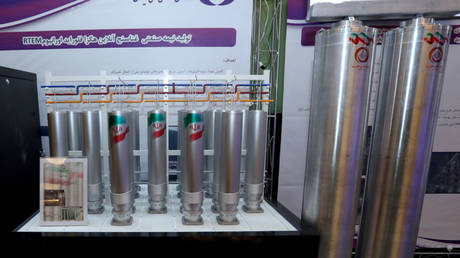 Iran has produced 6.5kg of uranium at 60% purity, the government has announced, as indirect talks with the US to revive the 2015 nuclear deal continue into what negotiators have said may be the final week.

The move means Iran is still some way off reaching the 90% purity level for uranium that is needed to make nuclear weapons – a goal the US and other Western nations fear Tehran is pursuing, but which it denies.

On Tuesday, Iranian media quoted government spokesman Ali Rabiei as confirming the development, while adding that Iran has also produced 108kg of uranium enriched to 20% purity.

This means Iran has reached the 20% level more quickly than is required under a law passed in December in response to US sanctions. The legislation also blocked UN inspectors from Iranian nuclear sites. (RT)