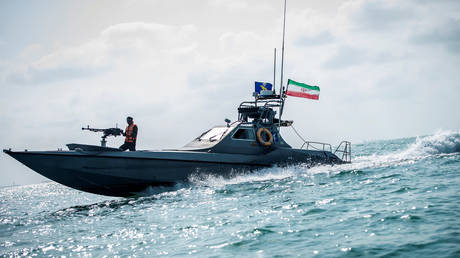 Iran’s elite Revolutionary Guards Corps (IRGC) has pinned the blame for a recent incident in the Persian Gulf on the US, accusing its warships of “unprofessional behavior” and “provocative shooting.”

The IRGC broke its silence on the incident on Tuesday, providing its account of the altercation between the corp’s navy (IRGCN) gunboats and the US Coast Guard ship Maui, which occurred early on Monday.

The US warship group has been engaged in “unprofessional behavior such as flying helicopters, firing flares and aimless and provocative shooting,” the IRGC said, in a statement published by Iranian media. (RT)