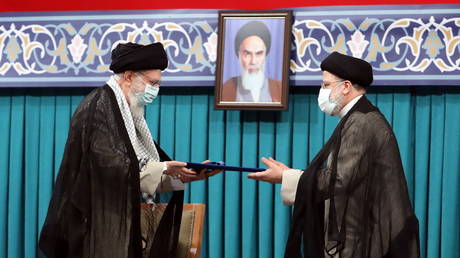 Ebrahim Raisi, Iran’s new president, has used his inauguration speech to vow to work towards lifting “tyrannical” sanctions imposed on Tehran by the US, and to improve living standards for Iranians.

Raisi said in a televised speech to the nation on Tuesday that a mission of his presidency will be easing US sanctions on Iran, declaring that “we will seek to lift the tyrannical sanctions imposed by America.”

The new leader also promised to improve living standards, which have taken a beating from years of sanctions, upholding that his government would “not tie the nation’s standard of living to the will of foreigners.”

The ultraconservative president was endorsed by Iran’s supreme leader, Ayatollah Ali Khamenei, on Tuesday. Raisi is due to be sworn in as president before parliament on Thursday. Negotiating a nuclear deal with the US that sees fewer sanctions placed on Iran will be one of his key challenges. (RT)