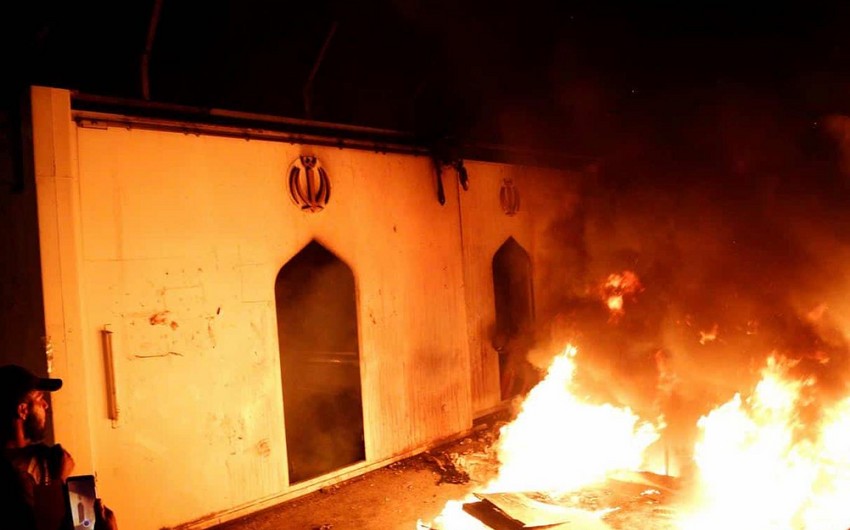 Protesters set fire to the entrances and gates of the Iranian consulate in Iraq’s Karbala following the funeral of assassinated activist Ehab Al-Wazni. Hundreds of Iraqis buried the body of an activist, who was assassinated at dawn on Sunday by gunmen in Karbala. The mourners chanted against Iran and its militias in Iraq.

Unidentified shooters assassinated prominent Iraqi activists and members of the October demonstrations coordination group, Ehab al-Wazni, in an armed attack in the al-Haddad area of Karbala.

On Sunday, the US condemned the assassination of the prominent Iraqi activist and protester, Ihab Al-Wazni, and said that “silencing independent voices through violence is unacceptable.”

The US embassy in Baghdad said, “The US condemns in the strongest terms the killing of Ehab Al-Wazni,” adding that “silencing independent voices through violence is totally unacceptable.”

Al-Wazni survived an assassination attack in December of 2019, only two months after the October 2019 demonstration in Iraq. The October 2019 protests called for reforms in Iraq’s political system to end decades of corruption and sectarianism.