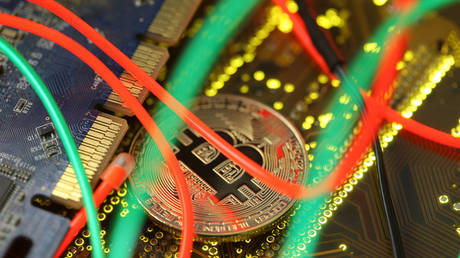 Iran has moved to legalize the mining of bitcoin and other cryptocurrencies, recognizing the energy-consuming digital coin mining as a legitimate industry – and potentially a way around the US sanctions crippling its economy.

“A mechanism to mine digital coins was approved by the government’s economic commission and will later be put to discussion at a cabinet meeting,” said Central Bank of Iran (CBI) Governor Abdolnaser Hemmati on Sunday.

Government ministers are poised to vote on a plan to apply an exported electricity rate to crypto-mining “farms,” according to Deputy Minister of Energy Homayun Haeri. While Iran has been dubbed a “heaven for miners” due to its ultra-cheap, subsidized electricity, the free ride is coming to an end. (RT)