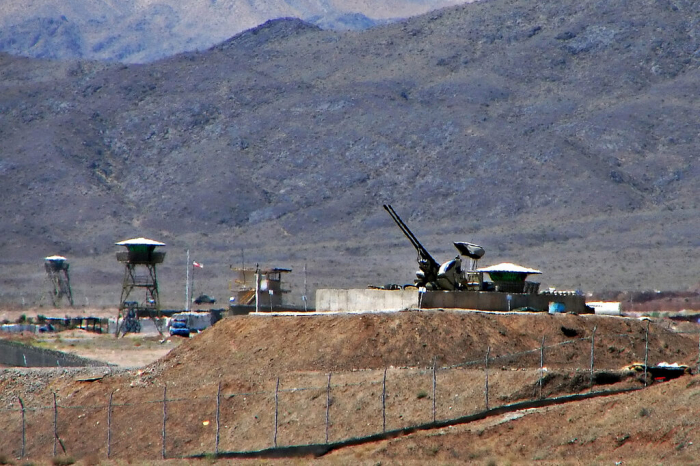 The facility in Natanz in the central Iranian province of Isfahan is the country’s primary uranium enrichment facility. Iran began expanding its enrichment programme after the United States unilaterally withdrew from the 2015 nuclear deal, which curbed the Islamic Republic’s nuclear ambitions in exchange for the lifting of sanctions.

An under-construction building near the Natanz nuclear power plant was damaged in an “incident” on Thursday morning, state news agency IRNA reports, citing a spokesman for Iran’s nuclear energy agency.

Behrouz Kamalvandi, spokesman for the Atomic Energy Organisation, said the plant’s reactor wasn’t damaged and there were no casualties.

Kamalvandi said the damaged building was a “warehouse” but did not go into further detail. He said the nuclear plant is “operating as usual”, as quoted by IRNA, while authorities are investigating.

There has been no word of construction works at Natanz of late. The country’s primary enrichment facility is located some 250 km south of Tehran and is monitored by international inspectors as part of Iran’s 2015 nuclear agreement with world powers.

Iran began gradually boosting uranium enrichment, including at Natanz, in response to the US quitting the landmark deal and reinstating crippling sanctions on the Islamic Republic.

According to a June report by the International Atomic Energy Agency, Iran’s stockpile of low-enriched uranium – the basic fuel for nuclear power reactors – surpassed 1,570 kilograms, up from 1,020 kilograms in February and well above the 202.8-kg limit set in the nuclear deal.

The report stated that Iran has also been enriching uranium to a purity of up 10 4.5 percent, above the allowed 3.67-cap.

Iran maintains that is has no goal of developing nuclear weapons and its nuclear programme is exclusively peaceful in nature. Tehran frames the roll-back of its JCPOA commitments as a means to exert pressure on the European signatories to the deal, which it says failed to shield the country from US pressure.