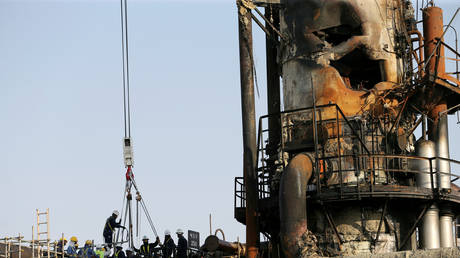 Tehran slammed the US for using a recent UN report to peddle its Saudi oil attack claims, accusing Washington of “clutching at every straw” to back up the allegations, while the report itself is based on shaky hypotheses.

“Just hours after the attack on Saudi oil facilities on September 14, 2019, the US baselessly attributed it to Iran, but has failed so far to present any shred of evidence. Now, it clutches at every straw to seemingly prove its allegation,” the Iranian mission to the UN stated on Saturday. It was responding to the US mission doubling down on the White House’s claim that Iran was behind the September 14 twin attacks on facilities owned by Saudi oil giant Aramco in Abqaiq and Khureys. (RT)

BP has no changes to its plans in Azerbaijan

As of now, there are no changes to BP’s plans in Azerbaijan, BP Azerbaijan told…

Russian help is “very much needed” in Italy’s ongoing battle against the Covid-19 virus, the…

Over the past 24 hours, Armenian armed forces again violated the ceasefire along the line…

There have been four coronavirus-related deaths in Russia as of Friday, with the total number…

11:26 First baby dies in the US after coronavirus diagnosis

10:13 What to know before going to grocery store: Dr. Leonid Roshal