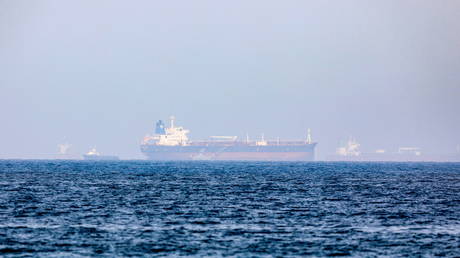 Continuous reports about security incidents in the Persian Gulf and the Arabian Sea are “highly suspicious”, Iran has said as the UK’s maritime trade agency reported a fresh “potential hijacking” off the coast of the UAE.

“An incident is currently underway” some 61 nautical miles (113 kilometers) east of the United Arab Emirates region of Fujairah, UK Maritime Trade Operations said on Tuesday. The agency – which is staffed by Royal Navy reservists and monitors marine traffic in the area – also marked the incident as an “attack, hijacking or kidnapping.”

The Times newspaper, citing “British government sources”, reported that a ship named the ‘Asphalt Princess’ was allegedly seized off the coast of Fujairah by a “squad” of about eight or nine armed attackers.

Also on rt.com Blinken vows ‘collective response’ to tanker attack pinned on Iran, as Tehran warns Washington against any ‘adventures’

The ‘Asphalt Princess’ is a Panama-flagged Asphalt/Bitumen tanker built in 1976, according to the MarineTraffic website that monitors various oceangoing vessels’ movements. The site also showed that the ship was indeed sailing through the Gulf of Oman at the time of the report.

According to the Times, again citing a government source, British officials are “working on an assumption” that Iran is allegedly behind the apparent attack. Tehran denied any involvement while branding the reports themselves “highly suspicious.” (RT)