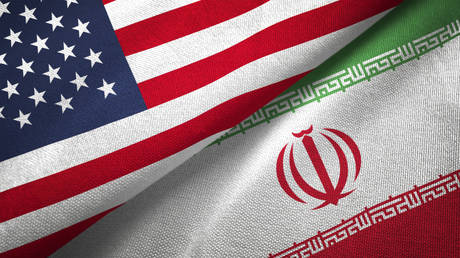 The US ambassador in Iraq and two other American diplomats have been hit with sanctions by Iran over allegedly “coordinating terrorist acts” in a tit-for-tat response from Tehran to Washington blacklisting an Iranian official.

“US Ambassador to Iraq Matthew Tueller has had a central role in coordinating terrorist acts in Iraq and beyond, in the criminal assassination of General Soleimani and in advancing sanctions against our people,” said Iranian Foreign Ministry spokesperson Saeed Khatibzadeh on Friday.

US Amb. to Iraq, Matthew Tueller, has had a central role in coordinating terrorist acts in Iraq & beyond, in criminal assassination of Gen. Soleimani & in advancing sanx agst our ppl. Today, Iran designated him & two other officials involved.Anti-Iran moves won’t go unanswered. pic.twitter.com/4BTc16S7TK

Iran also slapped sanctions on Tueller’s deputy Steve Fagin and the consul in the city of Erbil, Rob Waller.

Tehran has accused the trio of being “effectively involved in organizing, financially supporting, steering and committing acts of terror against the interests of the government or citizens of the Islamic Republic of Iran.” (RT)