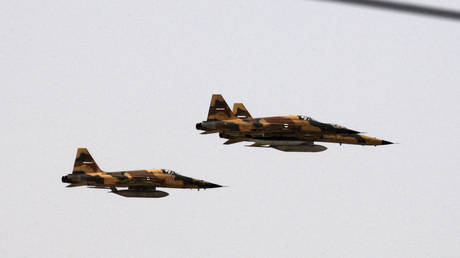 Iran has kicked off its latest military drill, this time exhibiting army air force units, including both manned and unmanned aircrafts, amid ongoing concern from Tehran about the presence of “Zionists” near their borders.

According to Iranian media, the drill was carried out for the first time in a decentralized manner, with units taking off from various bases around the country, including Shahid Babaei airbase in Isfahan, Shahid Yasini airbase in Bushehr, and Shahid Abdolkarimi airbase in Bandar Abbas.

Unmanned aerial vehicles are also being utilized in the drills. Footage shared online shows a UAV slamming into a target in the desert. (RT)