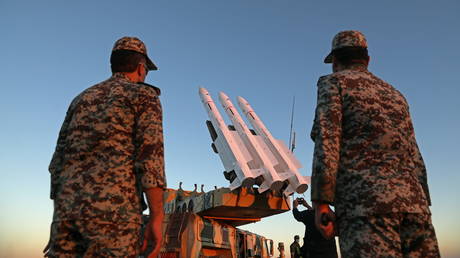 Minister Abdullatif al-Zayani said on Tuesday that Iran’s aggression was a regional security challenge that needs to be confronted head-on.

Iran today challenges regional security as aggressively as at any time in recent history.

Al-Zayani made the remarks during a virtual meeting for US-Bahrain Strategic Dialogue.

The minister said that Iran’s “malign intent and activities are more blatant than ever, from its military program to its ballistic missiles, from its interference in other states, to its increasingly overt involvement in conflicts.”

Bahrain has long been at odds with Iran, frequently accusing Tehran of being behind uprisings among its Shia population.

In 2016, the Manama government severed diplomatic relations with Tehran, giving diplomats 48 hours to leave the country.

Al-Zayani claimed on Tuesday that it was now “essential” to apply “unrelenting pressure” on Iran in order to convince its leaders to change course, adding that US partnership is integral to the process of pressurizing Iran. (RT)