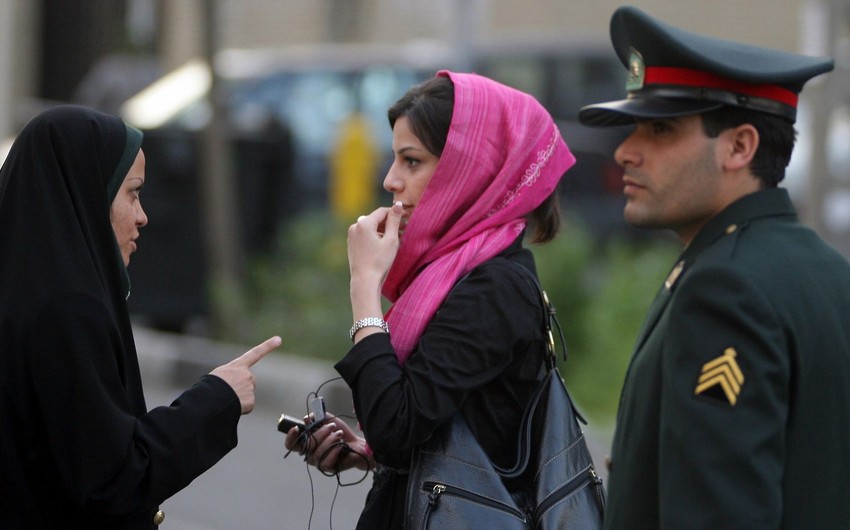 Iran has scrapped its morality police after more than two months of protests triggered by the arrest of Mahsa Amini for allegedly violating the country’s strict female dress code, local media said Sunday, Report informs via Al Arabiya.
Women-led protests, labelled “riots” by the authorities, have swept Iran since the 22-year-old Iranian of Kurdish origin died on September 16, three days after her arrest by the morality police in Tehran.

“Morality police have nothing to do with the judiciary” and have been abolished, Attorney General Mohammad Jafar Montazeri was quoted as saying by the ISNA news agency.

His comment came at a religious conference where he responded to a participant who asked “why the morality police were being shut down,” the report said.

The morality police – known formally as the Gasht-e Ershad or “Guidance Patrol” – were established under hardline president Mahmoud Ahmadinejad, to “spread the culture of modesty and hijab,” the mandatory female head covering.

The announcement of their abolition came a day after Montazeri said that “both parliament and the judiciary are working [on the issue]” of whether the law requiring women to cover their heads needs to be changed.

President Ebrahim Raisi said in televised comments Saturday that Iran’s republican and Islamic foundations were constitutionally entrenched “but there are methods of implementing the constitution that can be flexible.”

The hijab became mandatory four years after the 1979 revolution that overthrew the US-backed monarchy and established the Islamic Republic of Iran.