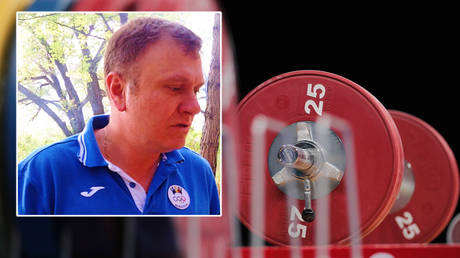 A doctor who worked with three weightlifters has been banned for life after being found guilty of sending lookalikes to take drugs tests for the athletes at world championships before they were charged with doping offenses.

Moldovan medic Dorin Balmus was representing Iurie Bulat, Ghenadie Dudoglo and Artiom Pipa when the trio of weightlifters were asked to provide samples shortly before the world championships in Houston in 2015.

Instead, Balmus arranged for three doppelgangers to give samples under the names of the stars because they were “each undergoing a doping cycle at the time”, the International Testing Agency (ITA) has revealed.

An investigation by the World Anti-Doping Agency’s Intelligence and Investigation Department found that the three stand-ins had been asked to provide clean samples on behalf of the athletes to negate the risk of failed tests.

The International Testing Agency reports that it has issued the decision to sanction Moldovan doctor Dorin Balmus to a lifetime period of ineligibility due to Anti-Doping Rule Violations (ADRVs) for tampering and complicity.▶️ https://t.co/lZQxkE44C5#KeepingSportRealpic.twitter.com/fLj4uIlMHP

The athletes subsequently tested positive for a prohibited substance, receiving punishments for that offense and using urine substitution in an attempt to dupe testers.

Balmus admitted the offense when he was covertly filmed in an interview with the makers of a documentary, ‘Secret Doping – the Lord of the Lifters’, which was aired by a German broadcaster in January 2020.

The experienced orthopedic traumatology specialist unwittingly told the reporters that he would also pay Doping Control Officers (DCOs) to “turn a blind eye” rather than closely scrutinize passports presented by the athletes, according to the ITA’s findings.

His statements to the documentary suggested “a co-ordinated program of urine substitution implicating athletes, DCOs and high-ranking officials”, their report said.

The agency has taken the rare step of exiling Balmus for life from any activity authorized or organized by any signatory of the World Anti-Doping Code, acting because of the “nature and severity of the rule violations.”

Responding to the report, which included the Balmus case as part of a review of numerous Anti-Doping Rule Violations between 2009 and 2019 across a range of countries, Antonio Conflitti, the President of the Moldavian Weightlifting Federation, called it “another blow” to the sport that he “very much hoped” would be the last of its kind.

“I will continue my fight against doping and my work to consolidate and create a new and clean European Weightlifting Federation governance,” he added.

Tamas Ajan, the long-standing president of the federation, stood down following the documentary, which reported on other doping cover-ups and financial irregularities at the organization.

The three Moldavian athletes were each handed four-year bans in 2015. (RT)