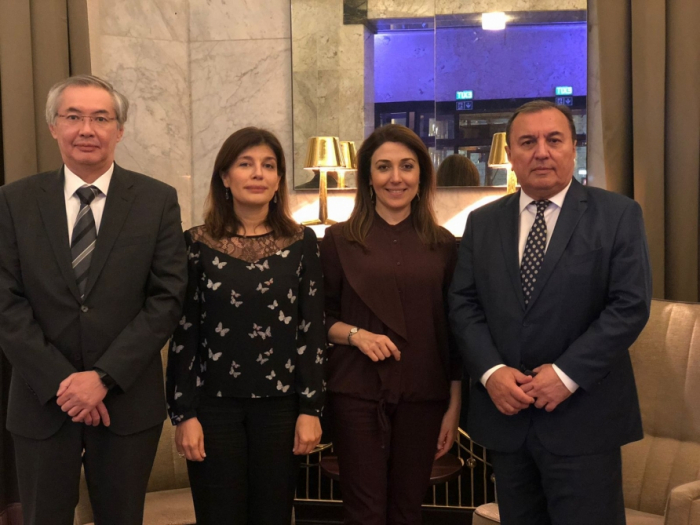 The meetings discussed the importance of joint steps to expand cooperation between the Foundation and the member and observer states of the organization, as well as the rapprochement of the Turkic people. Noting that the Foundation has done many important works on the development of the cultural life of the Turkic world, the diplomats expressed support for the projects and activities implemented by the organization.

During the visit, President of the Foundation Gunay Afandiyeva also met with turkologists from Warsaw, Kraków and Wrocław Universities of Poland. At the meeting, an exchange of views took place on the promotion of the rich history, culture, traditions of the Turkic world in Poland and in Europe as a whole, as well as on the preservation of common Turkic cultural values. At the meeting, the turkologists highly appreciated the multifaceted activities of the Foundation for the study and promotion of the heritage of the Turkic people with a centuries-old history.

Read more:   Izetbegovic: Relations between Bosnia and Herzegovina and Azerbaijan to further develop

Ambassador of Azerbaijan to Poland Nargiz Gurbanova took part in the meetings.

The meetings continued with the discussion of prospects for further cooperation.