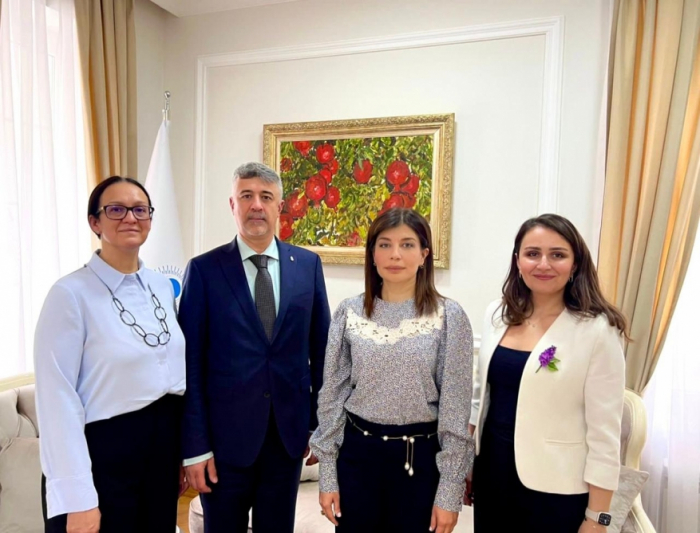 President of the International Turkic Culture and Heritage Foundation Gunay Afandiyeva has met with Ambassador of Hungary to Azerbaijan Tamás Yojef Torma.

At the meeting, the President of the Foundation Gunay Afandiyeva touched on the events to be implemented by the Foundation in the near future, upcoming projects aimed at the protection of the centuries-old Turkic culture involving member and observer states of the organization, as well as possible new directions of cooperation with Hungary.

Ambassador of Hungary to Azerbaijan, Tamás Yojef Torma informed about the plans to hold a number of mutual visits and events in order to strengthen the relations between the city of Veszprém in Hungary, which is one of the cultural capitals of Europe for 2023, and the city of Shusha in Azerbaijan, announced to be the cultural capital of the Turkic World for 2023, inviting the Foundation to support these processes.

Read more:   Hulusi Akar: This is not only victory over Armenia

In addition, the expansion of cooperation between the Foundation and Hungary in the direction of promoting ancient Turkic culture and heritage, as well as other issues of mutual interest were discussed during the meeting.