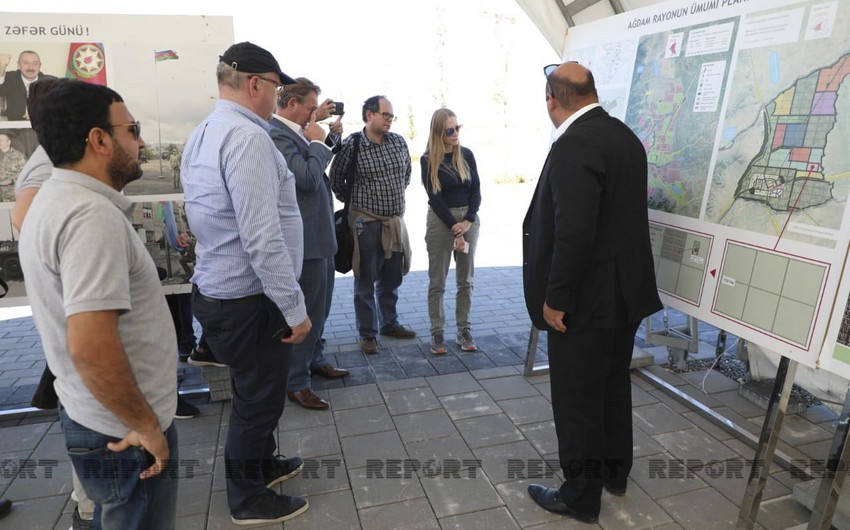 The travelers were informed about the Imaret complex. It was noted that the castle of the founder of the Karabakh Khanate, Panahali Khan, is one of the historical and architectural buildings of the Aghdam district, subjected to Armenian vandalism.

The guests also visited the pavilion, where they were presented with information with a detailed plan for the restoration of the city.

Karin Sinniger from Switzerland, who previously lived in Baku and worked as a lawyer on the Baku-Tbilisi-Ceyhan project, said that it is especially important for her to be in Aghdam during such a significant period for the history of Azerbaijan.

She added that this is the first time she had the opportunity to step to the liberated Azerbaijani lands.

International travelers also got acquainted with the Aghdam (Juma) Mosque, as well as the destroyed Museum of Bread.

After that they headed for Shusha.