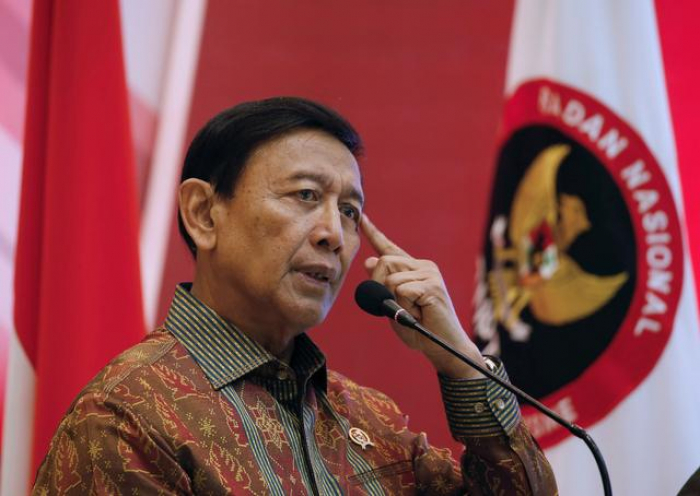 A man wielding a knife attacked Indonesian Chief Security Minister Wiranto on Thursday, during a visit to a town on the island of Java, images from police and television showed.

Television footage showed the minister getting out of a car in Pandeglang, in Banten province, before he was attacked and slumped to the ground.

A police photograph showed the minister, a former general, being carried on a stretcher into a nearby hospital.

National police spokesman Dedi Prasetyo confirmed the incident and told media the perpetrator had been arrested and an officer had been hurt.

Officers wrestled the suspect to the ground and an image supplied by police showed the suspect, who was wearing a black shirt and light trousers with his arms and legs secured.

Wiranto, 72, has served as chief security minister in President Joko Widodo’s cabinet since 2016.

His appointment drew criticism from rights groups for his involvement as chief of the armed forces in the bloody upheaval in East Timor.

Wiranto was indicted by a U.N. panel over the bloodshed surrounding East Timor’s 1999 independence vote, when about 1,000 people were killed. Wiranto denied any wrongdoing in East Timor.