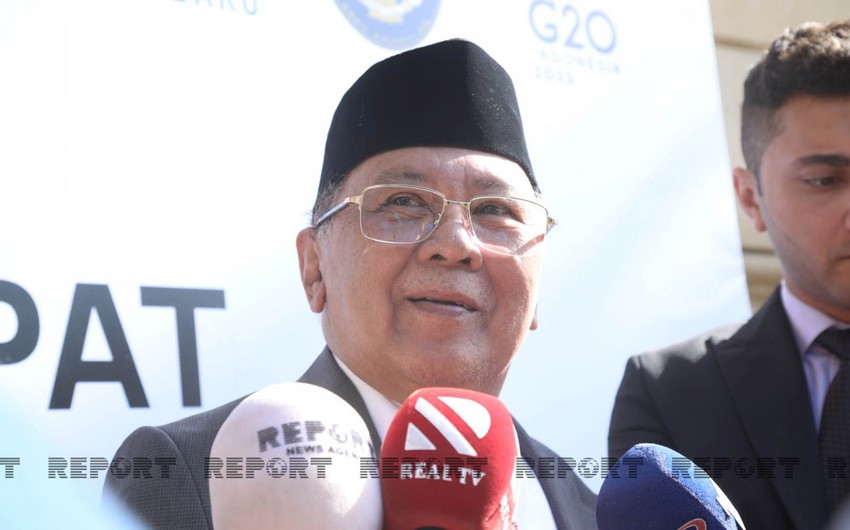 Azerbaijan and Indonesia always support each other in the international arena, within the framework of various organizations, Indonesian Ambassador to Azerbaijan Hildi Hamid said, as quoted by Report.

“In international organizations, when Azerbaijan’s chairmanship was discussed, Indonesia always supported these initiatives, and Azerbaijan did the same,” the ambassador said.

He recalled that this year marks the 30th anniversary of the establishment of diplomatic relations between Azerbaijan and Indonesia. “On this occasion, we are planning to organize a cultural event on the Fountain Square in Baku in order to familiarize the residents of the capital with the culture of Indonesia. We are trying to ensure that Azerbaijanis have more information about our country, and we also want our people to know more about Azerbaijan in Indonesia,” noted the diplomat.

He also commented on the development of tourism between Azerbaijan and Indonesia, adding that there are no direct flights between the two countries yet.

“The Embassy of Indonesia is trying to resolve this issue, it is planned to organize b2b meetings between companies to open direct flights between Azerbaijan and Indonesia. Perhaps in the future, charter flights between the countries will be organized during the tourist season. Now Turkish Airlines and Qatar Airlines can make a direct flight to Bali and to Jakarta via Istanbul and Doha. Indonesia has created the best conditions for tourists to recreate. Tourists are even encouraged to stay in the homes of local residents so that they feel comfortable and cozy, and at home,” he said.