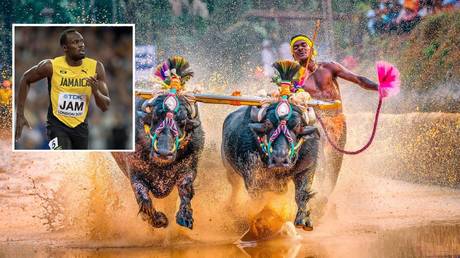 Srinivasa Gowda, who went viral last week after video emerged which appeared to show him running 100 meters in world record-breaking time, says he won’t accept an invitation from the Indian government to attend athletics trials.

Gowda, 28, is a star in Kambala, a sport where competitors sprint through paddy fields with buffalo, and local reports suggested that he covered 100 meters in a time which would rival the world record set by Usain Bolt more than a decade ago.

Gowda’s star has risen in his homeland since the reports, with the Sports Authority of India inviting him to participate in national sprint trials – but it seems the hectic life led by a Kambala practitioner has ruled out any dreams he may have had of raising aloft Olympic gold in the 100 meters. (RT)

New summer 2021 dates have been confirmed for the postponed Tokyo 2020 Olympic Games. The…