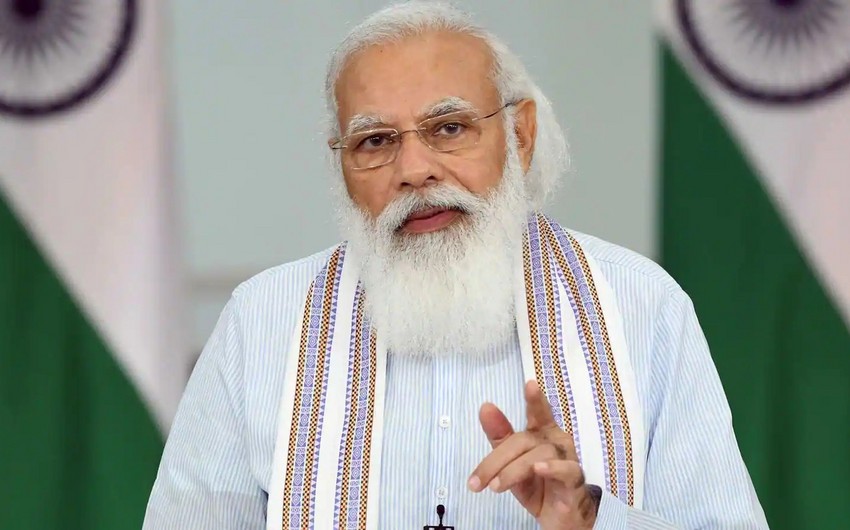 The Prime Minister said that India is tackling another wave of the pandemic with caution and confidence and moving ahead in the economic sphere with many hopeful results. He said that India as a strong democracy has given a bouquet of hope to the mankind which comprises of Indian’s unwavering faith in democracy, technology that is empowering 21st century and talent and temperament of Indians. The Prime Minister said that during Corona time, India saved many lives by exporting essential medicines and vaccines by following its vision of ‘One Earth, One Health’. India is world’s third largest pharmaceutical producer and is considered ‘pharmacy to the world’, he added.

The Prime Minister said that today, India is providing record number of software engineers. More than 50 lakh software developers are working in India. He informed that India has third largest number of unicorns today. More than 10 thousand start-ups have registered during the last six months. He also talked about the India’s huge, safe and successful digital payments platform and informed that in the last month itself more than 4.4 billion transections took place through Unified Payments Interface. The Prime Minister talked about the measures of enhancing Ease of Doing Business and reduction of the government interference. He mentioned simplification of corporate tax rates and making them the most competitive in the world. India has deregulated areas like Drones, Space, Geo-spatial mapping and has brought reforms in the outdated telecom regulation related with the IT and BPO sectors. “We did away with more than 25 thousand compliances in the year gone by”, he added.

Indicating India’s growing attractiveness as a partner, the Prime Minister said that India is committed to become world’s reliable partner in global supply-chains and is making way for free trade agreements with many countries. India’s capabilities in innovation, technology adaptation and entrepreneurship spirit makes India an ideal global partner. “This why, this is the best time to invest in India”, he said. He mentioned Indian Youth achieving new height of entrepreneurship. He said that as compared to mere 100 start-ups in 2014, India has more than 60 thousand start-ups today. Out of which 80 are unicorns and more than 40 unicorns emerged in 2021 itself.

Underlining India’s confident approach, the Prime Minister highlighted that when the world was focussing on interventions like quantitative easing during the Corona period, India was strengthening the reforms. He listed strides in physical and digital infrastructure like optical fibre in 6 lakh villages, 1.3 trillion dollars investment in connectivity related infrastructure, goal of generation of 80 billion dollars through asset monetization and Gatishakti National Master Plan to bring all the stakeholder on the single platform to infuse new dynamism to the seamless connectivity of goods, people and services. Shri Modi told the forum that not only India is focussing on easing the processes in its quest for self-reliance, it is also incentivizing investment and production. Most clear manifestation of that is 26 billion dollar worth of Production Linked Incentive schemes in 14 sectors, he said. He stressed that India is making policies keeping in mind the goals of next 25 years. In this time period, the country has kept the goals of high growth and saturation of welfare and wellness. This period of growth will be green, clean, sustainable as well as reliable, the Prime Minister emphasized.

The Prime Minister focused on the ecological cost of today’s life style and policies. He pointed towards the challenges that our life-style causes for climate. “‘Throw away’ culture and consumerism has deepened the climate challenge. It is imperative to rapidly move from today’s ‘take-make-use-dispose’ economy to a circular economy”, he stressed. Referring to the Mission LIFE, that he gave at the CoP26 conference, the Prime Minister said that making LIFE into a mass movement can be a strong foundation for P-3 i.e ‘Pro Planet People’. LIFE i.e. ‘Lifestyle for Environment’, is a vision of resilient and sustainable lifestyle that will come handy in dealing with the climate crisis and other unpredictable challenges of the future. Shri Modi also told the forum about India’s impressive record in achieving the climate target well in advance of the target dates.