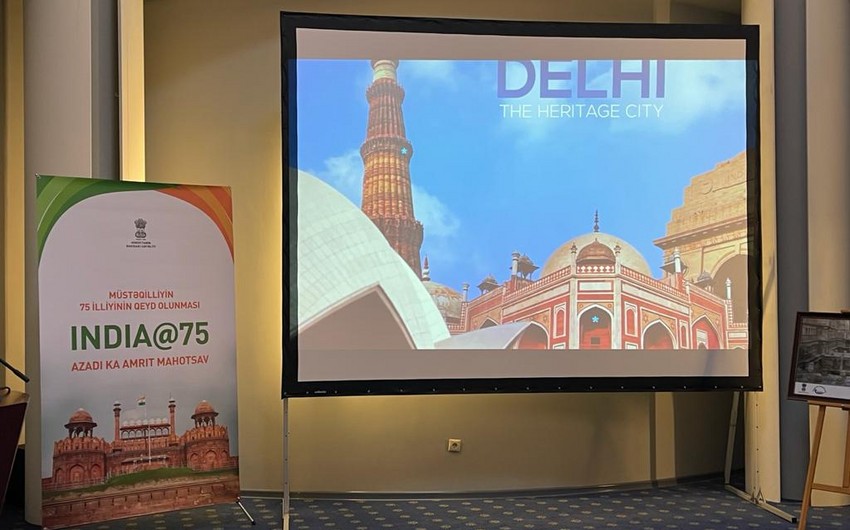 Speaking at the occasion, Ambassador of India B. Vanlalvawna said that Gobustan, which is one of Azerbaijan’s most iconic historical sites, was a very appropriate place to exhibit the 16 photo posters of some of India’s most famous historical monuments and sites. He said that the exhibits include the famous Taj Mahal, the Red Fort, temples of South India etc. and displaying them in Gobustan is a fitting tribute to these sites as like Gobustan, these monuments and sites are all among the 39 properties in India which have all been inscribed in UNESCO World Heritage list. Ambassador also said that the exhibits will introduce the rich cultural heritage of India to the visitors of Gobustan and at the same time, serve as a link between the shared rich cultural heritage which exists between our two countries.

Ambassador also spoke about the [email protected] celebrations and said that India will complete 75 years as an independent nation on 15 August 2022 and the Government and people of India have commenced the celebrations of this important milestone since March of this year and this will go on for two more years till August 2023. He said that the celebrations under an initiative called Azadi ka Amrut Mahotsav is a celebration to commemorate 75 years of progressive India and the glorious history of its people, culture and its standing as the largest democracy in the world.

The Ambassador also said that over the years India has become the fifth largest economy and an important contributor to the stability and growth of the global economy. Its significant growth in the agricultural sector and advancement in science and technology including IT and pharmaceutical sector are generally acknowledged in different parts of the world including in Azerbaijan. He praised the achievements of the Indian diaspora numbering more than 30 million all over the world who have achieved success in many fields and are positive contributors to the society they live in. Ambassador requested representatives of the media to join in promoting the various activities which are being planned for [email protected]