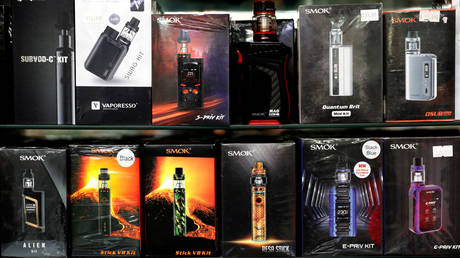 Concerned that aside from the long-term health effects, e-cigarettes may encourage more tobacco smoking among youth, India’s health ministry is reportedly urging the government to ban the production and imports of vaporizers.

“E-cigarettes and similar technologies that encourage tobacco use or adversely impact public health are hazardous for an active as well as passive user,” the health ministry said in an internal note seen by Reuters.

To prevent the potential outbreak of an “epidemic” among youth – in a country of some 106 million adult tobacco consumers – the watchdog is asking the government to issue an executive order, which would effectively ban battery-powered vaporizers from the Indian market.

These devices are injurious to health and proliferation of these products has a negative impact on public health.

Those caught importing, manufacturing or selling the devices in violation of the proposed ban might face a fine of $1,400 and a prison term of up to one year, while repeat offenders could be locked up for up to three years with a penalty of up to $7,000. (RT)