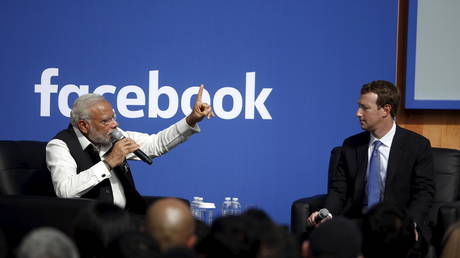 The Indian Army has warned its officers to stay away from Facebook and WhatsApp, arguing the popular US-based social media platforms are vulnerable to hacks and a “crucial source” for hostile intelligence-gathering.

An army advisory strongly encourages soldiers, especially those holding “sensitive posts,” to avoid WhatsApp for any official communications and to consider deactivating their Facebook accounts, following a military assessment finished last month which flagged a number of issues with soldiers’ internet habits.

In addition to deeming Facebook a gold mine for foreign intelligence agencies, the army has asked troops serving at all levels to refrain from posting photos in uniform, sharing too much personal information and from tagging locations that might reveal sensitive details about military sites. (RT)