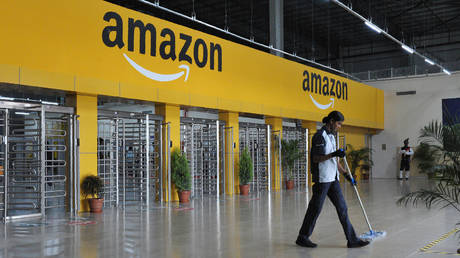 Lawmakers in India have called for e-commerce giant Amazon to face repercussions after it allegedly refused to testify before a panel on a data protection bill.

Meenakshi Lekhi, a member of the ruling Bharatiya Janata Party (BJP) and the chairperson of the parliamentary committee reviewing the country’s 2019 Personal Data Protection Bill, has threatened to punish Amazon for failing to appear before the panel.

The committee has been speaking to tech companies operating in India in a bid to address any possible concerns arising from the legislation orchestrated by Union Minister Ravi Shankar Prasad. The bill, tabled in Parliament last year, seeks to give the government the power to ask companies for anonymous personal and non-personal data. (RT)