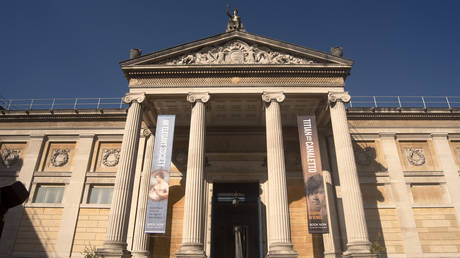 The Indian government has requested that the Ashmolean Museum in Oxford return their “stolen” 15th-century bronze sculpture, which was apparently removed from a temple in the 1960s.

A formal request for the restitution of the statue of Hindu saint Thirumangai Azhwar was made by the Indian High Commission in London last Friday.

The demand comes after the Oxford museum notified the diplomatic mission of new research that called into question the origin of the bronze idol. The museum bought the artefact from Sotheby’s auction house in London in 1967. (RT)

On August 11, Prime Minister of the Republic of Azerbaijan Ali Asadov had a telephone…

11:52 Millions of people may die due to global warming

11:31 Meeting with Serbian officials kicks off in Baku