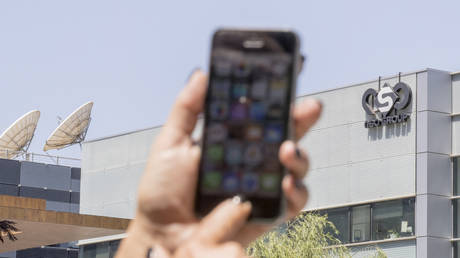 An Israeli woman uses her iPhone in front of the building housing the Israeli NSO group, on August 28, 2016, in Herzliya, near Tel Aviv. © JACK GUEZ / AFP

A key opposition figure in India has called for an investigation into the use of the Pegasus spyware software and accused PM Narendra Modi’s government of “treason” for its alleged deployment of the surveillance tech.

Speaking on Friday in the wake of a series of reports about the alleged use of the Israeli-made Pegasus spyware by a number of governments worldwide, Rahul Gandhi called for officials in India to investigate how widespread the impact was against the Indian state and institutions. (RT)