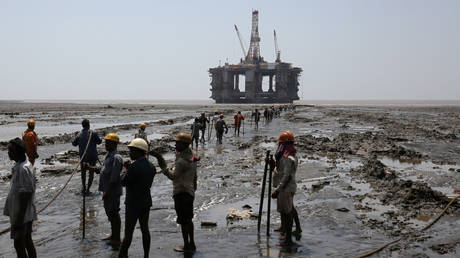 FILE PHOTO: A decommissioned oil rig at the Alang shipyard in the western state of Gujarat, India © Reuters / Amit Dave

According to a Bloomberg article, fuel consumption in India remains lower than it was before the pandemic, with oil demand in 2020 dropping to its lowest level since 2007. As Mumbai and the larger Maharashtra state enforce another round of restrictions, including a city-wide curfew during weekends, the reduction in traffic suggests a likely dip in the demand for fuel in the coming weeks.

Diesel consumption, used for trucks, farms, and factories across the country, accounts for 40% of India’s oil product sales. In March, diesel consumption was down 3% from 2019 levels and could drop significantly further if restrictions continue. The industry consultant FGE believes diesel demand will average 1.72 million bpd in the first six months of 2021, and could then drop to 1.71 million bpd later in the year.

Read more:   Rule-breaking in hotels blamed for surge in cases in Melbourne

Just a few weeks ago, experts were hopeful for a demand recovery in India as the sector seemed to be stabilizing. However, new restrictions and the unknown nature of a ‘second wave’ of Covid-19 infections will likely threaten this recovery prediction in the short term. 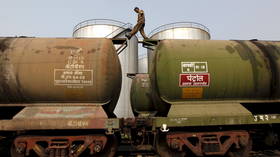 Since greater restrictions have been introduced in cities across India, unemployment has already begun to rise, up 6.7% for the week ending April 11 compared to two weeks earlier. From media coverage, it appears as though many are rushing away from the city to smaller towns and villages as they worry about a repeat of last year’s restrictions where many were trapped without transport having lost their job and income.

While many are hopeful for India’s future impact on the oil industry, as its population continues to grow, 2020 was a difficult year for the huge Asian country. Demand for petroleum products, including diesel, gasoline, and jet fuel, fell 10.8% between 2019 and 2020; the first annual decrease in 20 years.

Read more:   EU to impose controls on Covid-19 vaccine exports, saying it has 'no choice but to act' amid AstraZeneca row