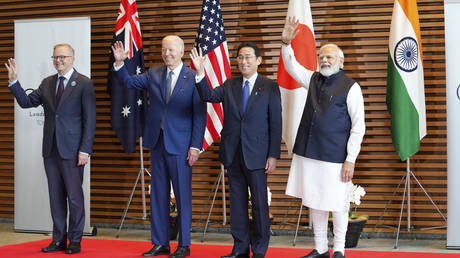 India “prevailed” in ensuring that a joint statement with the US, Japan and Australia did not mention or condemn Russia over the conflict in Ukraine, former Foreign Minister Kanwal Sibal told RT. Sibal explained that the eyes of the ‘Quad’ should remain focused on the Indo-Pacific, and New Delhi has no quarrel with Moscow.

The leaders of the Quadrilateral Security Dialogue issued a joint statement on Tuesday following a summit in Tokyo, Japan. The statement largely focused on security issues in the South China Sea and Asia more broadly, and Ukraine was briefly mentioned as a “tragic conflict” and a “humanitarian crisis” which all four leaders discussed their responses to.

The Quad leaders referenced “respect for sovereignty and territorial integrity,” but did not condemn or even name Moscow.

Sibal, a veteran diplomat who served as India’s foreign minister between 2001 and 2002, told RT on Tuesday that this was not an accidental oversight. 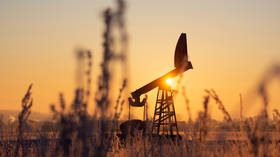 “Russia is not a threat to the stability and security of the Indo-Pacific countries,” he explained. “Therefore bringing in Russia or the Ukraine conflict… will be a problem because at least India will not accept this sort of enlargement of the Indo-Pacific agenda.”

With India pursuing investment in Russia’s Far East and continuing to purchase Russian oil, a separate statement on Monday by the Indo-Pacific Economic Framework – a coalition of 13 Pacific countries convened by the US – made no mention of Ukraine or Russia either.

In both of these statements India has “not allowed the inclusion of Ukraine or Russia in the sense of any condemnation… apart from the reference to the humanitarian situation,” Sibal continued.

While a White House readout of US President Joe Biden and Indian Prime Minister Narendra Modi’s meeting in Tokyo on Tuesday included a condemnation of “Russia’s unjustifiable war against Ukraine” by Biden, Modi offered no such declaration.

“India said nothing about Ukraine, not at all,” Sibal said of the bilateral statement. Regarding the Quad’s communique, he added that “India’s view has prevailed, and we will not accept any condemnation of Russia or any negative reference to Russia.”