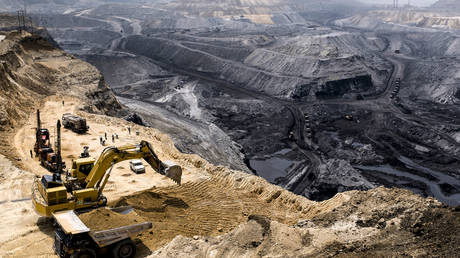 The Indian government is planning to float global tenders for the first time for coal mining blocks before the end of the year, sources told Reuters.

According to them, the auctions are intended to attract global miners such as Glencore, BHP, Anglo American and Peabody Energy.

New Delhi is seeking to reduce the upfront payments of around ten percent of the estimated value of blocks that have been awarded, said Vinod Kumar Tiwari, additional secretary at India’s Ministry of Coal.”We are thinking of lowering that,” Tiwari said, without specifying by how much. (RT)