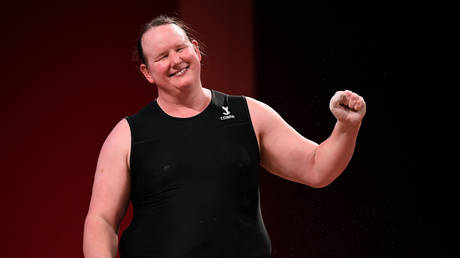 If the race to be ‘wokest’ was an Olympic sport, big brands and global media would be leading the field with their destruction of their own reputations to support the downfall of women’s sport in the name of social justice.

A rare breed of radical woke one-upmanship has emerged among big brands and global media who seem hell-bent on destroying their own reputations and relationships with loyal customers to posture as the most politically correct.

History in the making. Congrats to Laurel! Here’s to more trans representation in sports ✨

“History in the making. Congrats to Laurel! Here’s to more trans representation in sports,” the clueless cosmetics company wrote in response to a tweet from the Gay & Lesbian Alliance Against Defamation, which had tweeted that “trans people belong in sport”.

What a way to not know your audience.

Immediately the ire and irritation of womanhood all over the web was apparent and dozens took objection to the brand formerly recognized as a sanctum of women-friendly mission statements actively advocating for more 43-year-old athletes 8 years after transition stripping an Olympic spot from a born-woman. 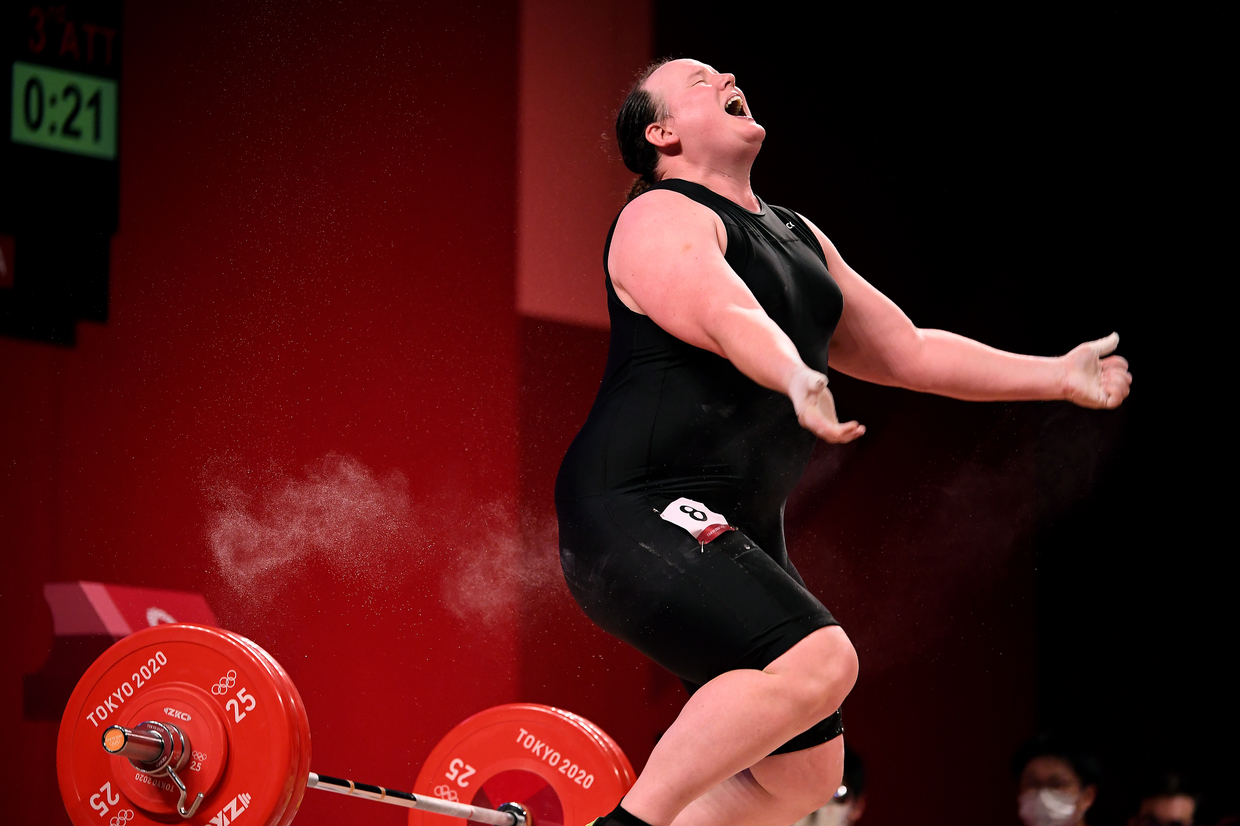 “No more Dove for me,” openly female woman and Conservative MP Jackie Doyle-Price wrote, while former MEP counterpart Belinda de Lucy concurred with the boycott, “Dove, celebrating the end of women’s sports?…Will be choosing another more “female friendly” brand for now on.”

And it didn’t stop there. The disgust at Dove’s direct disrespect towards female competitors triggered a torrent of dissent with Twitter users left and right informing “your virtue signalling just lost you a customer”.

Dove, celebrating the end of women’s sports? Only male and mixed sex categories in weight lifting, females have no category now and Dove is like YAY!! Congrats! Bold statement, don’t you just make soap stuffs? Will be chosing another more “female friendly” brand for now on👋

Your virtue signalling just lost you a customer. Women’s sport is for women not mediocre male cheats. Ps. I’m not against trans representation in sports just in the correct category – our sports are sex based not gender.

And just like that, Dove achieved the dubious honor of being the only personal care company to make their clients feel dirtier after using their cosmetic products by cosying up to perennial political correctness crusaders and woke warriors.

Mind you, are we surprised Dove is bending over backwards to satisfy the baying woke brigade who will gladly feast on the blood of their sacrificed standing among level-headed women?

This is a company which was thrice forced to grovel before the million-gender mob for a series of adverts deemed hypocritical, racist and sexualizing women largely by a throng of SJWs.

In 2007 the company was forced to bow before the bitch-at-everything brigade when it unwittingly placed a woman of colour in the ‘before’ section and a white woman in the ‘after’ section in an advertisement for its product range to combat cracked skin. Unfortunate when contorted out of context, but clearly not racist.

In 2004, Dove’s ‘Campaign for Real Beauty’ was panned as a two-faced vanity project for sexualizing women in adverts for men’s spray Lynx – owned by Dove parent company Unilever – while promoting the risible rhetoric of body positivity. 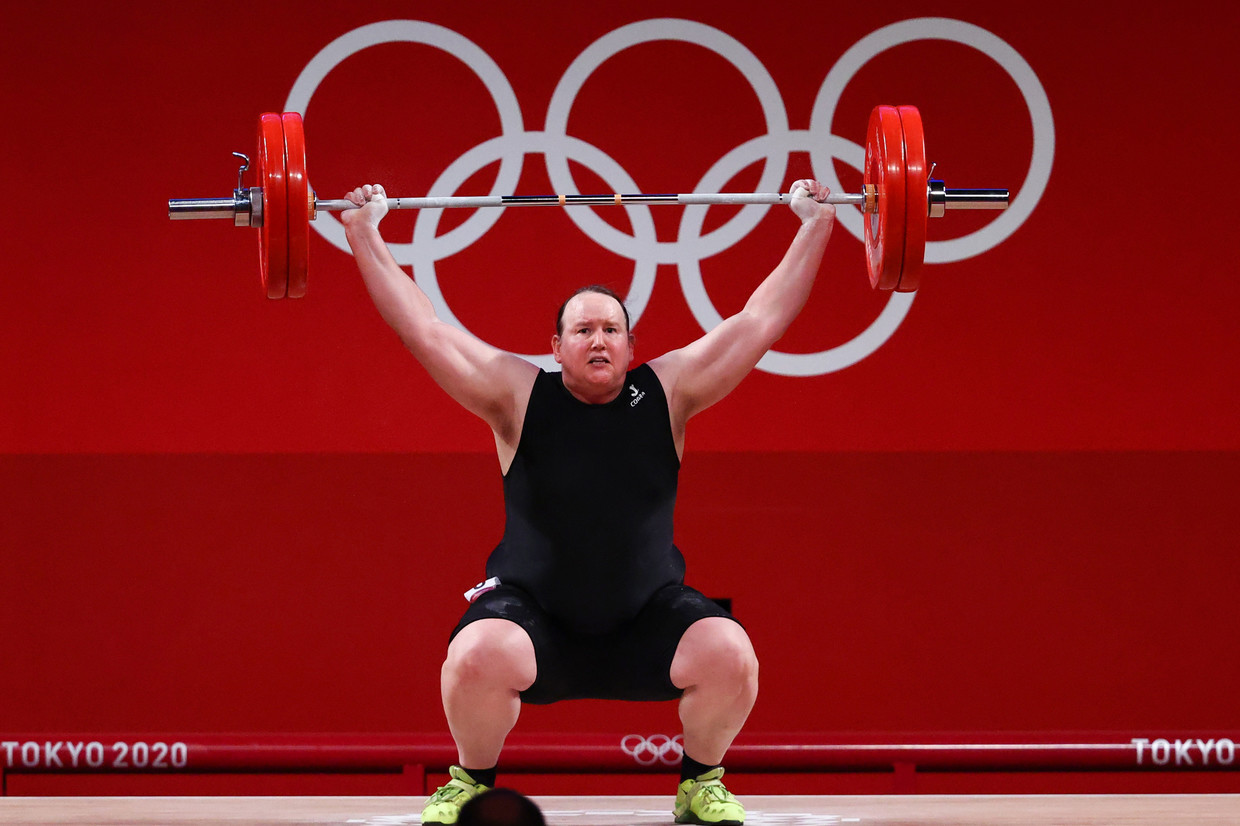 That’s right, because in the spurious world of social justice warriors, it’s apparently unacceptable to celebrate sexiness unless a model’s bra and bottoms are separated by a bountiful beer belly.

It’s a world where eternally-offended oiks believe allowing a man who took an 11-year hiatus from weightlifting and only returned to after transitioning to a female aged 35 to dash the dreams of a born woman by taking her Olympic spot constitutes fighting for equal rights.

However, Dove’s chances of winning the woke relay weren’t hampered by shooting themselves in the foot when they alienating the majority of their clientele, although they faced fierce competition from the BBC.

A message to all @BBCSport followers 📝#HateWontWinpic.twitter.com/Butb42lDu3

The overall pace-setters in the radical wokeness race turned out to be BBC Sport, which issued an implausibly malicious manifesto on the Hubbard brouhaha by threatening to silence ‘hate’, which it characterized as pretty much any dissenters who disagreed with Hubbard’s Olympic inclusion.

What better way to inspire debate than suffocating the entire rebuttal, right?

In a statement, Britain’s state broadcaster threatened to block any accounts deemed to have committed wrongthink on the Hubbard issue under the guise of defending gender equality.

“We will block people bringing hate to our comments sections; We will report the most serious cases to the relevant authorities; We will work to make our accounts kind and respectful places,” the Beeb wrote.

Just one day after the BBC admitted that its 2020 article on puberty blockers was so one-sided that it even risked vulnerable people’s lives, it published an article that compared allowing males to compete in women’s sport with giving women the votehttps://t.co/riSL6uFMTjpic.twitter.com/SYtmxJsemm

“We will keep growing our coverage of all sports, and keep covering issues and discussions around equality in sport.”

The next orienteering competitions among the servicemen of the Azerbaijan Army are conducted, MoD told…