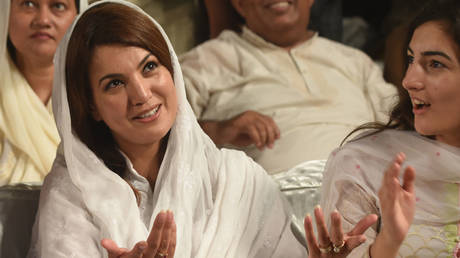 Ex-wife of Imran Khan has won a libel case launched after a government minister claimed live on air that her husband’s rivals paid her to write a revealing memoir on the PM’s alleged gay tendencies and drug addiction.