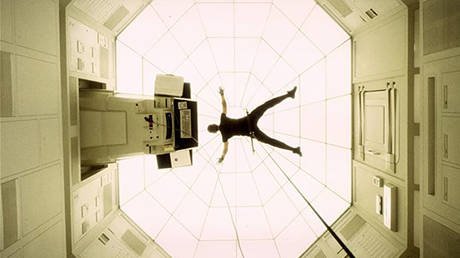 Recent editions of Production Weekly – a Hollywood publication that charts in-production film and TV projects – have revealed a tantalising detail about ‘Mission: Impossible 8’, which is currently filming. The working title for the latest entry in the Tom Cruise franchise is ‘Scorpio’, a curious choice given that the original ‘Scorpio’, from 1973, was the first movie to be allowed access to film at the CIA’s Langley headquarters.

‘Scorpio’ is a dark, violent thriller starring Burt Lancaster as Cross, a retiring CIA spy and assassin who is training Alain Delon’s character, hitman Jean Laurier a.k.a. ‘Scorpio’, to replace him. Laurier is tasked by his CIA paymasters with assassinating Cross to cover up what he knows about some of the Agency’s darkest secrets.

What ‘Scorpio’ did at the CIA

In the film, Cross and Laurier’s boss McLeod, played by John Colicos, is shown in an extended sequence that was shot at Langley. Colicos drives through the security checkpoint, up to the old headquarters building, walks through the entrance doors and over the CIA seal on the floor of the lobby.

This was the first time that Hollywood film-makers were allowed access to Langley, and the same basic sequence has subsequently appeared in ‘Patriot Games’ in 1992, ‘Top Chef’ in 2010, ‘Argo’ in 2012, the FBI-produced ‘Game of Pawns’ in 2015, Amazon’s ‘Jack Ryan’ in 2018 and the reality show ‘Pawn Stars’ in 2019. Other CIA-supported productions including the Al Pacino psychological thriller ‘The Recruit’, as well as the TV series ‘Shooter’ and ‘Designated Survivor’, reproduced a CIA lobby set, complete with the Agency’s seal built into the floor.

This rare hallmark of authenticity lends production value to these films and TV shows, granting them a lustre denied to others. For example, Michael Bay’s request to film the memorial wall in the lobby, which has stars commemorating CIA employees who have died while on missions, for his Benghazi movie ‘13 Hours’ was rejected.

As such, 1973’s ‘Scorpio’ broke new cinematic ground and was a key moment in the development of the CIA-Hollywood relationship, a relationship that endures to this day. But why did the CIA open their doors to such a moody and malevolent portrait of themselves? It wasn’t just Langley – ‘Scorpio’ director Michael Winner’s autobiography records how they shot scenes set in Cross’ house in then-CIA director Richard Helms’ home in Washington, DC.

Documents about ‘Scorpio’ in the CIA’s CREST database include internal memos as well as copies of media coverage about the film’s production and release, showing how this was a major project for the Agency.