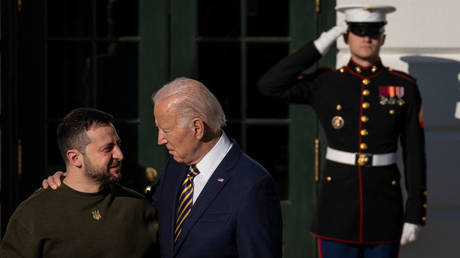 Geoffrey Young, who is running for governor in the US state of Kentucky, has accused Joe Biden of committing war crimes in Ukraine and other countries, saying the president should be impeached for carrying out an illegal proxy struggle against Russia in the former Soviet republic.

“I think Joe Biden (D-war criminal) should be impeached immediately for war crimes in Ukraine, Yemen, Syria, Iraq, etc.,” Young said in a Twitter post. “Also for continuing the illegal proxy war against Russia in Ukraine. All US presidents since 1945 = war criminals (including Trump),” he added.

Young, an MIT-trained economist who has worked as an environmental engineer in state government, made waves last year after winning the Democratic Party’s nomination for Kentucky’s District 6 congressional seat. He vowed during the campaign to help prevent nuclear war with Russia by pursuing a “reasonable” peace plan with Moscow. He also called the Kiev regime a “Nazi puppet government” and said the CIA should be eliminated because it’s the “worst terrorist organization in the world today.” 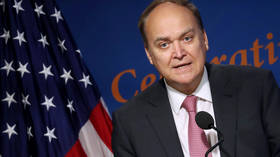 After Young won Kentucky’s Democratic primary in May, his party declined to support him in the November general election against incumbent Republican congressman Andy Barr. He alienated party leaders with his contrarian views, such as accusing Biden of recklessly provoking China, illegally deploying troops in Syria and Iraq, and making the US vulnerable to attack by becoming a “co-belligerent” with Ukraine against Russia.

Less than a week after the congressional midterms, the 66-year-old Young, who bills himself as a “peace Democrat,” announced his candidacy in Kentucky’s 2023 race for governor. He will try to unseat the incumbent Democrat, Governor Andy Beshear, whom he has accused of being a “not-yet-indicted felon.”

Young has called the Ukraine conflict a lost cause for the US and NATO and faulted Biden’s administration for rejecting a peace proposal from Moscow in December 2021. “There is no way Russia can lose this war and no way Ukraine and NATO can possibly win it,” he said last week.

My summary: Ukraine & NATO are still losing decisively and Russia is still winning decisively. This has been true from the beginning of March, 2022 until today. There is no way Russia can lose this war and no way Ukraine & NATO can possibly win it.https://t.co/qIopRDIcR5

At the invitation of the Minister of National Defense of the Republic of Turkiye, Hulusi…

14:52 Russian community rep: ‘We won’t allow the illegal use of the Lachin road’