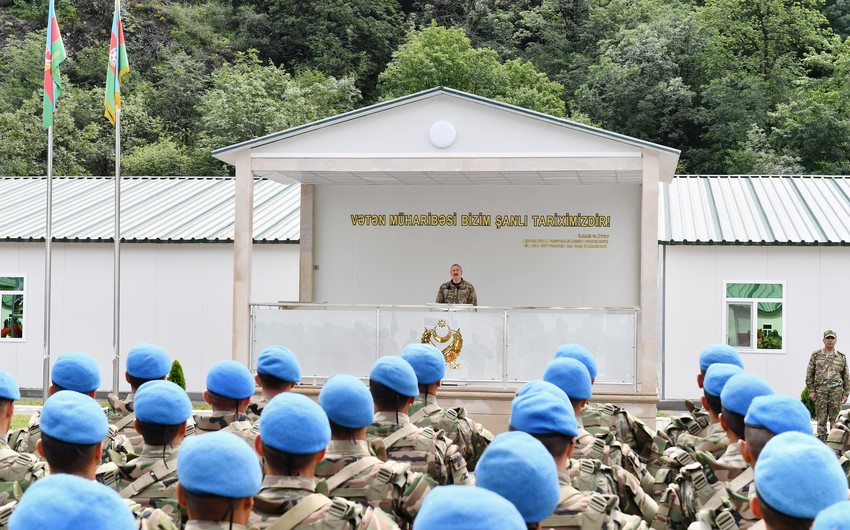 “We do not want a war, and we never did. But we want our interests to be secured. We want the realities of war to be accepted by all,” President of the Republic of Azerbaijan Ilham Aliyev said at a solemn ceremony to hand over the battle flag to the commando military unit as part of his visit to Kalbajar district, Report informs, citing AZERTAC.

The head of state added:

“I can say that the world’s leading powers have already accepted the post-war realities and are building their activities on the basis of these realities. Armenia must also accept this reality. Only a year and a half has passed since the war. Let them not forget this war – neither themselves nor their next generations. Let them know that Azerbaijan is a strong state, Azerbaijan has a strong army, and Azerbaijani soldiers and officers are ready to sacrifice their lives to protect our state, as they sacrificed their lives in the second Karabakh war.