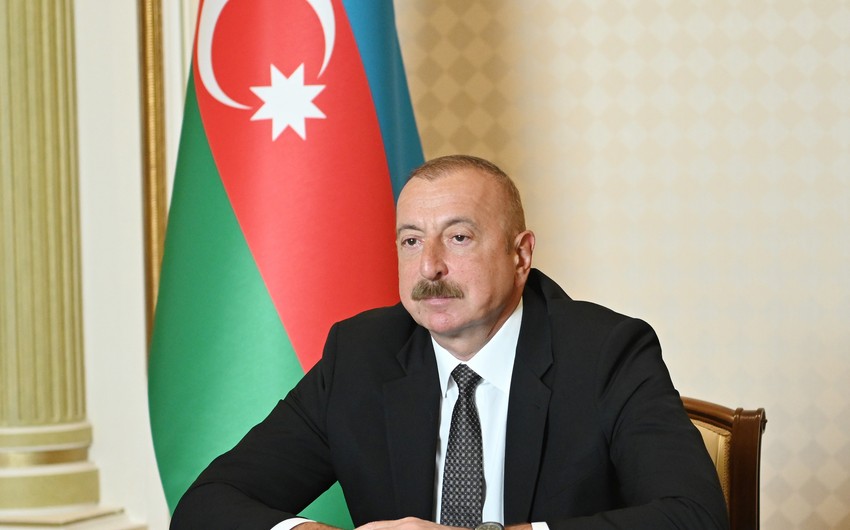 During 30 years of occupation, Armenia has deliberately destroyed all cultural and religious sites of Azerbaijan in the occupied territories, President of Azerbaijan Ilham Aliyev said speaking at the Second Summit on Science and Technology of the Organization of Islamic Cooperation (OIC), Report informs, citing AzerTag.

“Out of 67 mosques in the territories which were under Armenian occupation, 65 have been razed to the ground and the remaining 2 have been severely damaged and desecrated. I will send to my colleagues an illustrative book which contains brief info and photos of our towns and villages before and after the occupation reflecting the total devastation and destruction of all religious and historic monuments of Azerbaijan. In resolutions, the OIC strongly condemned the destruction and desecration of Islamic historical and cultural relics and shrines by Armenia in the formerly occupied territories of Azerbaijan,” the head of state said.

“Using this occasion, I would like to express my special gratitude to H.E. Mr. Yousef bin Ahmad Al-Othaimeen, Secretary-General of the OIC for paying a visit to Azerbaijan this April and for his sincere words of congratulation with respect to our victory. During his term in office, the Secretary-General has visited Azerbaijan six times which is the reflection of his support and respect for our country. He made significant contribution to increasing the international influence of the OIC and enhancing the solidarity among the OIC Member States,” the president said.